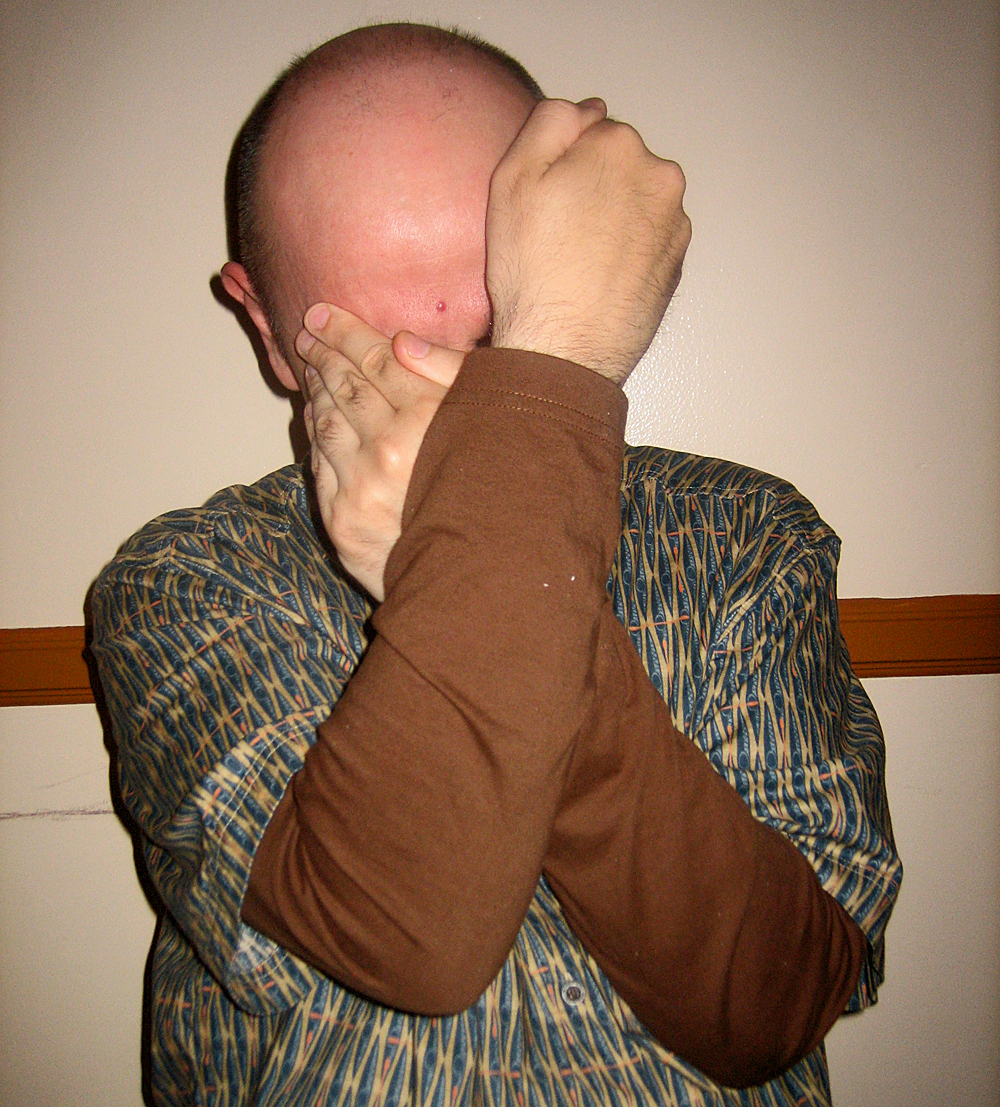 “…a great site to read if you’re a fervent defender of Muslims or trannies or both, since criticism of either or both is simply not permitted.” —Joe Clark

I can’t find a nice way to say this. The longer Joe Clark isn’t being held responsible for his ongoing hostility toward people who are trans (or who are marginalized by other intersectional experiences), the longer Toronto continues to be an unsafe place for people like me.

My friends, the ones who are cis, might not need to think about this so much, but that doesn’t make the hazardousness of his behaviour go away. It’s bothersome that Mr. Clark vilifies marginalized people so eagerly. It’s more bothersome how so few of his peers stand up to him and say that it’s etiquette they won’t tolerate in Toronto.

By standing up to Mr. Clark, you are advocating for people like me. You are making Toronto a safer, better place for more people. As you begin to cover for me when I can’t be there, it shows me that you’re somebody who’s concerned with my welfare. You may not be able to call yourself an ally. You may never meet me. But when you stand beside me, you are showing a gesture of goodwill — a selfless act of alliance which never goes unnoticed or unappreciated.

If you’ve never heard of him, Joe Clark is a local person who writes about typefaces, subways, web design, and “gay money” (or “fagonomics”). He is variously described online as a zealot, a gadfly, and a bigot.

“I thought you wanted our support. Stop calling us ‘cis.’” —Joe Clark

It’s not clear for whom Mr. Clark is speaking when he says “our” and “us.” I’m sure he can only speak for himself. Maybe a few other cis people agree with him. He might rest better knowing he’s not carrying the burden of speaking for cis people — not even for the cis people in Toronto’s gay and lesbian community.

As cis people go, I don’t want Mr. Clark’s support. It’s not because I think he won’t be a good advocate. It’s that I know he’s incapable of advocating for people whose intersectional life experiences he finds so completely disagreeable. His support is an arsenic.

For several years, I’ve listened to Mr. Clark on the way he pathologizes the experiences of trans people. His attention, sometimes paired with a clinical coldness, can border on the obsessive. He’s disdainful whenever there’s a chance that known trans people could benefit, participate, or are genuinely welcomed.

Mr. Clark’s cissexist behaviour is no less troublesome than when a heterosexual person pathologizes the intersectional experiences of homosexuality. He may beg to differ. In the not-so-distant past, well within Mr. Clark’s own lifetime, this is what used to happen to cis people who were homosexual. He’s aware of this.

Maybe he hopes that people who are trans might one day fade away once cis mental health practitioners agree that being trans is not a mental illness. Maybe Mr. Clark thinks that nobody will “want” to be trans anymore. Honestly, I don’t know what goes through his mind, but I can tell it isn’t a very happy place. It’s a place of spite.

Whenever Mr. Clark brings up people who are trans, nearly everything he says about them is toxic, paranoid, and contemptuous. It’s in stark contrast to his positive work on public transportation signage and accessibility. Mel Gibson’s a very talented actor.

It’s seldom when Mr. Clark passes on challenging the agency of trans women and trans men, even when the topics have nothing to do with any of his own intersectional life experiences. For example, he remarked on the announcement of a women’s bathhouse social event:

“Let’s define ‘women’ a tad more carefully. Indeed, ‘sometimes women need a space that is just for them.’ That would immediately exclude at the very least transgenders with male genitalia. But, in one of many logical paradoxes tied in with this event, FTMs who (again) insist they are men every other minute of the year can breeze right in because they still have vaginas. Do you think any heterosexualist female, at all, anywhere, ever, wants to be in a sexual environment with trannies prancing around? —Joe Clark

Mr. Clark can feel however he wants. He can make conspiracy theories about people who are trans (or people he thinks could be trans). What’s not OK is whenever cis people quietly let him dehumanize trans people’s lives and trivialize the barriers they face without holding him responsible for the social cost of his intolerance. 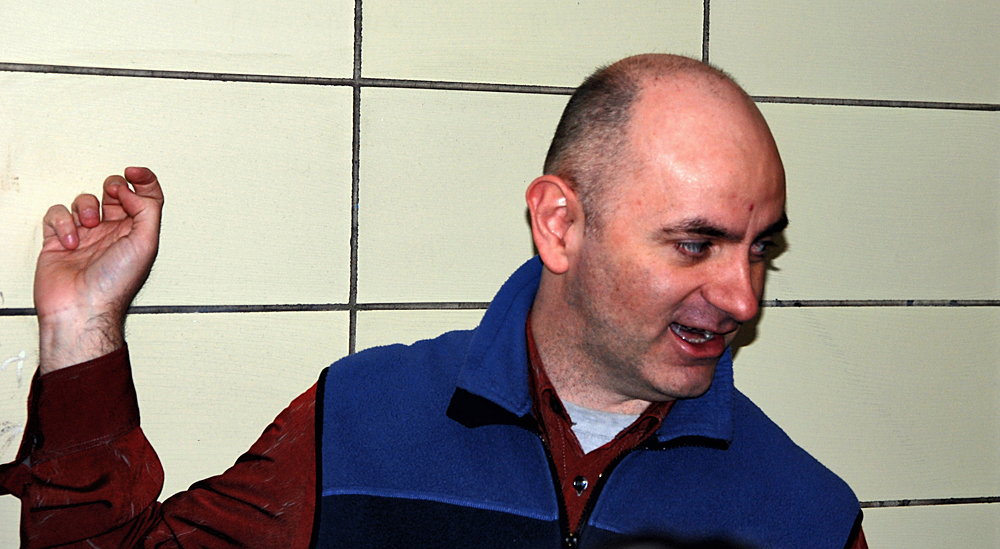 When Mr. Clark is openly cissexist or transinvidic*, it comes with a social price. His behaviour cultivates a climate of social hostility for everyone who has this intersectional experience. As his animus for trans people is usually reserved for women (and their bodies), he adds to a misogyny which cuts across women of every intersection.

Trans women may have to put up with his abuse directly, but when we turn a blind eye to his transmisogyny, we are helping along the culture of misogyny that reduces both trans and cis women to our containers — our bodies. It’s a culture which regulates us, our legitimacy, and our subjectiveness as women based on the particular conditions of our containers.

(* “Transinvidia” is an expression of discontent, resentment, and/or envy of people who are trans. It maliciously regards and begrudges the reality of trans people’s lives. It’s different from “transphobia”, because the feelings aren’t rooted in fear.)

Mr. Clark is also capable of expressing animus toward trans people who are dead. On the passing of a 519 community centre advocate, a trans man named Kyle Scanlon:

“[Kyle] Scanlon clearly didn’t want to become a ‘man.’ Were that true, he would have lived as one and we’d never have heard from him again. He became a professional transsexual, endlessly quoted in the press and appearing on TV and running a transgender support program.” —Joe Clark

There are a few cis people who don’t need any persuading to stand up for the well-being of trans people. These aren’t the cis people I wish to reach. The problem is that when other cis people aren’t speaking out against antisocial behaviour like Mr. Clark’s, it helps to produce two problems.

First, whenever you brush aside Mr. Clark’s behaviour with “oh, that’s just Joe being Joe again,” you are tacitly enabling his asocial hostility. He needs to understand that while he may think or feel however he wishes, there’s still a social propriety to which he must abide if he wants to participate.

Second, while Mr. Clark’s cissexist remarks may not affect you personally, they are affecting the trans person right nearby you. She feels it. She just can’t say much, because it may put her into harm’s way. If being trans wasn’t such a big deal to some cis people, then no such harm would lurk.

“If you’re a ‘questioning’ youth or a water-polo player or some kind of tranny who needs testosterone in your ass on the government dime, there’s a nice welcoming place for you in ‘our diverse communities.’ If you’re of the generation that made gay Toronto, the generation that was affected by the bathhouse raids of 1981 or was actually there, you’ve got nothing.” —Joe Clark

Here, Mr. Clark expresses his entitlement for being a man who is white, cis, and gay. This is not unheard of among men who share his intersectional experiences. It bothers him that his idealized vision is indeterminately tarnished by the messy diversity of people’s social experiences and their own needs. He waxes for a purity the way an elder on the porch yearns for a return to the traditional values “when things were better.” What Mr. Clark wants is a social conservatism as it befits his own experiences — and at the expense of everyone whose intersectional life experiences interfere with his vision.

I can see that Mr. Clark really doesn’t like the descriptive word “cis.” His desire to have his own experiences described as something other than cis is no longer being honoured by everyone. It’s because the word “cis” is as bothersome to him as “heterosexual” was to some heterosexual people a generation ago.

But both are meaningful. Each description helps bring to light the ubiquity of intersectional experiences which are manifest by the social privileges afforded when you are heterosexual and/or cis. Prior to, such privileges were called the “default” and “normal.” This shaped the way we saw things around us. If you weren’t “normal,” then you were “deviant.”

Whenever there’s a social normativity, anyone who is placed outside of those normative margins won’t experience a social benefit. Normativity can live on as a social commodity with an artificial scarcity worth conserving and controlling by anyone who benefits from it.

Mr. Clark has protested how his experiences of being cis have been described as cis. Yet he shows no compunction when prescribing — that is, to label as objects — people who are trans as “transgenders” (a thing), “transgenderists” (a hobby), and even “the transgendered” (a terrible affliction):

“…drag queens threw their heels at cops at a riot in a foreign country 40 years ago, and that legitimate gay males and lesbians are, perhaps unbeknownst to them, waging the same war against gender orthodoxy that transgenderists are. (Gay is really just a subset of transgender, they allege; transgender is really the fullest expression of Gay. If they try hard enough, gays and lesbians might someday become as gay as a transgendered person automatically is.)” —Joe Clark, on trans people needing to keep to themselves

Mr. Clark also cannot expect to have it both ways. He cannot prescribe the experiences of a very diverse population and then proscribe others from describing his own experiences (and how he uses his intersectional privilege to do the prescribing).

Now that describing the experience of being cis is possible, it is also possible to redress social orders which appraise cis life experiences over trans life experiences. Mr. Clark knows this. It’s clear he doesn’t want that discussion to happen, because as it does, it uncovers how his behaviour toward trans people is disruptive, hostile, and really crude.

When we dispense with the humanity of others, we scrape away a little more of our own humanity. We don’t have to like everyone else. We don’t have to agree with everyone else. But we must learn to respect that people deserve the agency of their humanity. They deserve being treated as a subject. They deserve that their intersectional experiences of personhood are respected — especially by people who don’t share them.