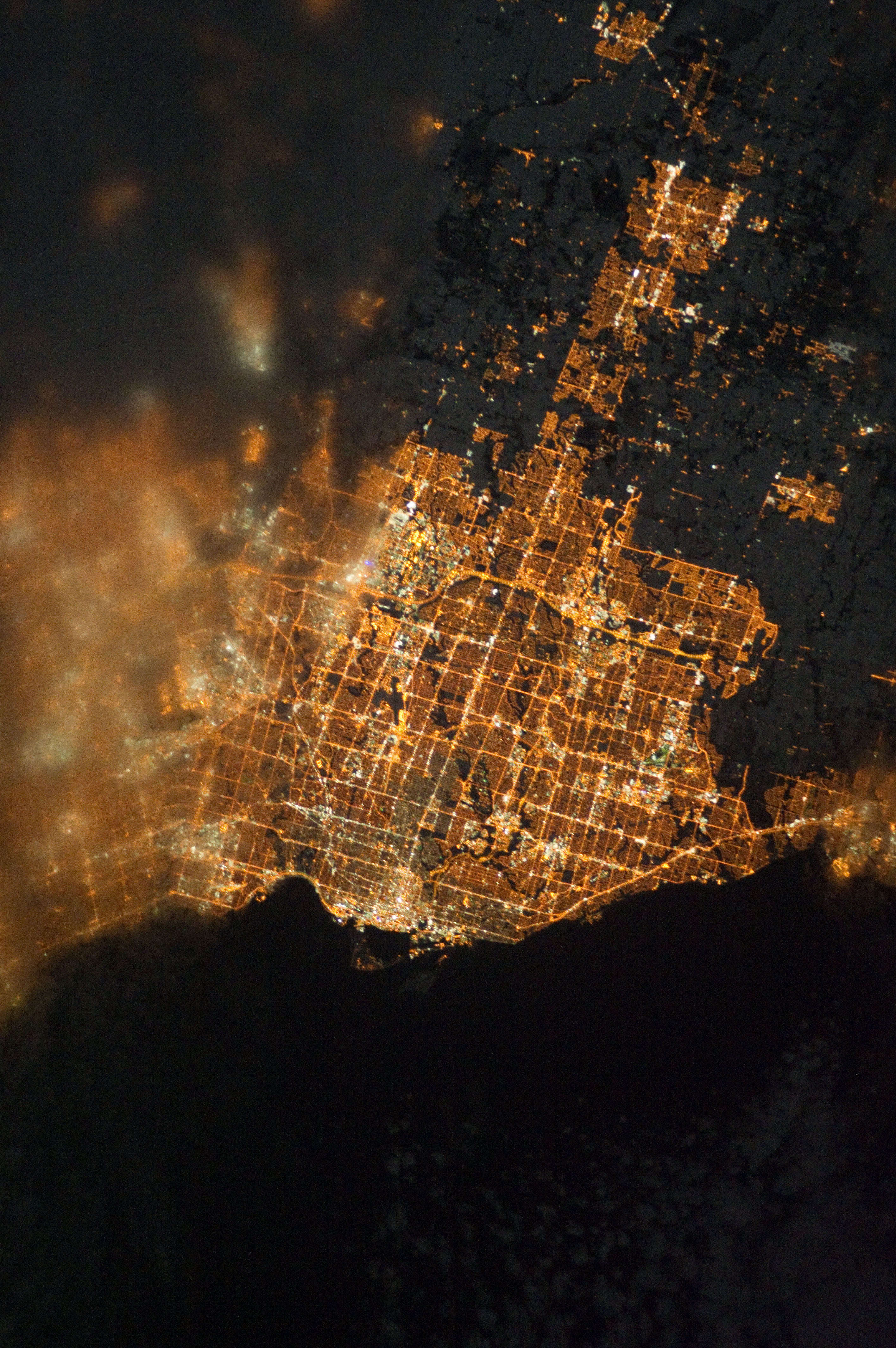 This was shot early on the 24th of December at 1:35:40a, according to the International Space Station’s image metadata.

Few other ways demonstrate so well the excess lighting we generate municipally that is wasted and lost for, well, nothing. Not nearly this much light makes a city safe and, if anything, possibly less so (the South Chicago and San Antonio case studies come to mind).

To be honest, I am less concerned by the “light pollution” problem that is the singular, overarching foe of astronomers — which I have argued is too narrow, too limiting in scope, and impossible to summon an immediate political response to drive public policy change and capital improvements. Rather, I frame this as a nocturnal ecosystem problem: artificial lighting at night negatively impacts the health of nocturnal life up and down the food chain. I frame it as a public health problem, with increasing likelihood from peer-reviewed epidemiological research finding a strong correlation between urban lighting at night and a broad, upward trend in certain carcinogenic activities at a macro scale (namely, breast and prostate cancer). I frame it as an urban economics problem, as both capital cost forecasting for lighting infrastructure and operational costs of indiscriminate, poorly planned outdoor lighting schemes really don’t help the city wisely manage its costs. And I frame it as a criminological problem — where unfocussed, indiscriminate street illumination actually appears to render nocturnal spaces as less safe for individuals, as overlighting actually makes it harder for the low-light capability of our eyes to properly see everything as well.

Also, if you look extremely closely at full size, you can also make out a few nifty features.

What makes this light footprint photo, only the second known photo of Toronto at night from the ISS (the first, from 2008, can be seen below) particularly special to me — aside from delivering the highest resolution and best quality yet of Toronto at night — is that I was actually outside around that very moment, wrapping up a photo shoot (using Kodachrome film in the final five days one could do so) at Casa Loma. Given my own research on Kodachrome Toronto: 1935–2010 and my separate research on photopollution, there’s something a bit fitting about these interests converging together as one (digital) camera looked down, and the other (Kodachrome film) camera looked up. 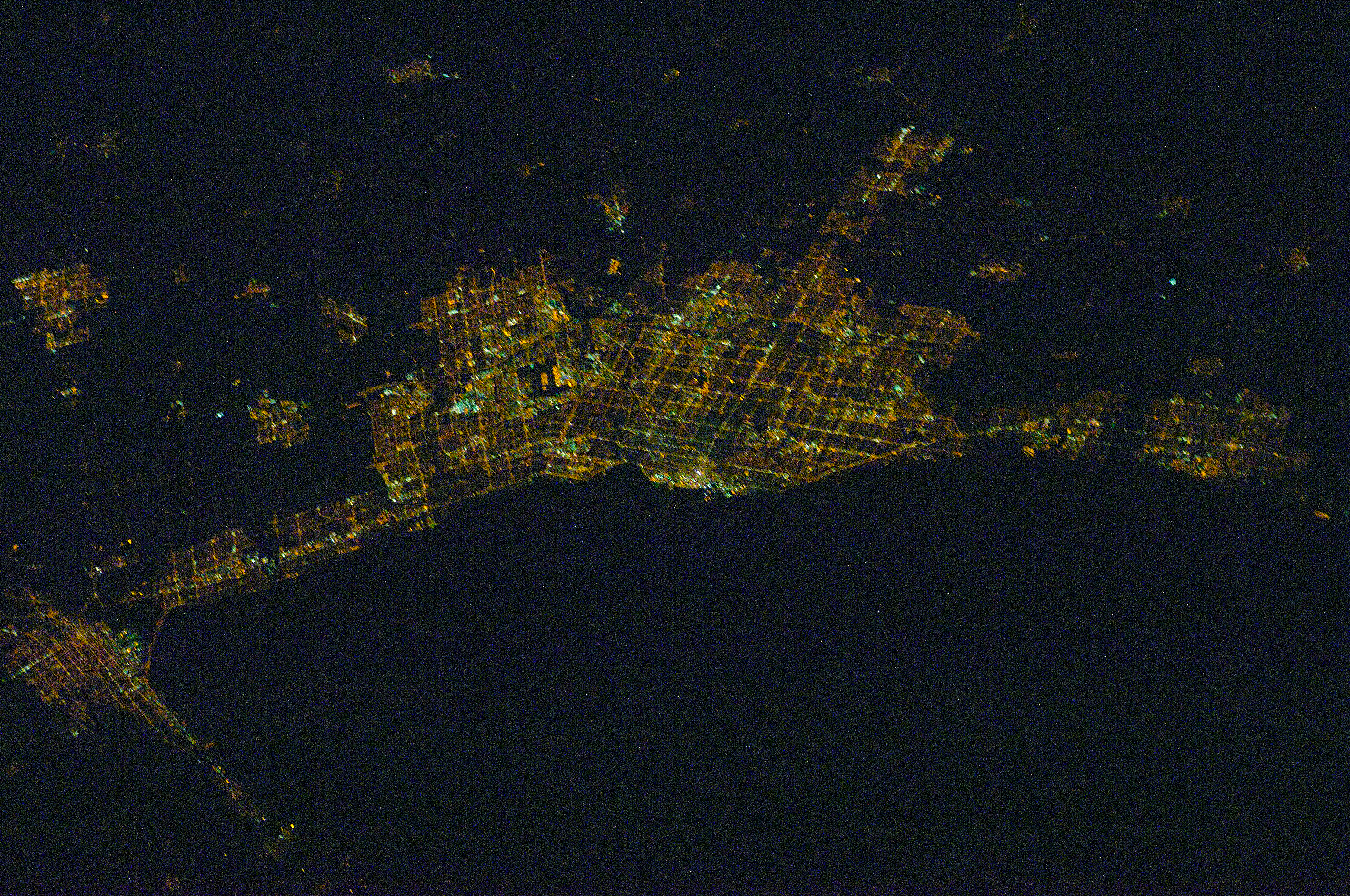