Part 5 of 5 in
Hostile Homewood.

Conclusion to a five-part unpublished series from 2008, posted June 13th through 17th.

Are circumstances as dire in 2008 for trans people in Toronto as in 1996? Yes, and in some cases, pivotal events have altered conditions negatively. 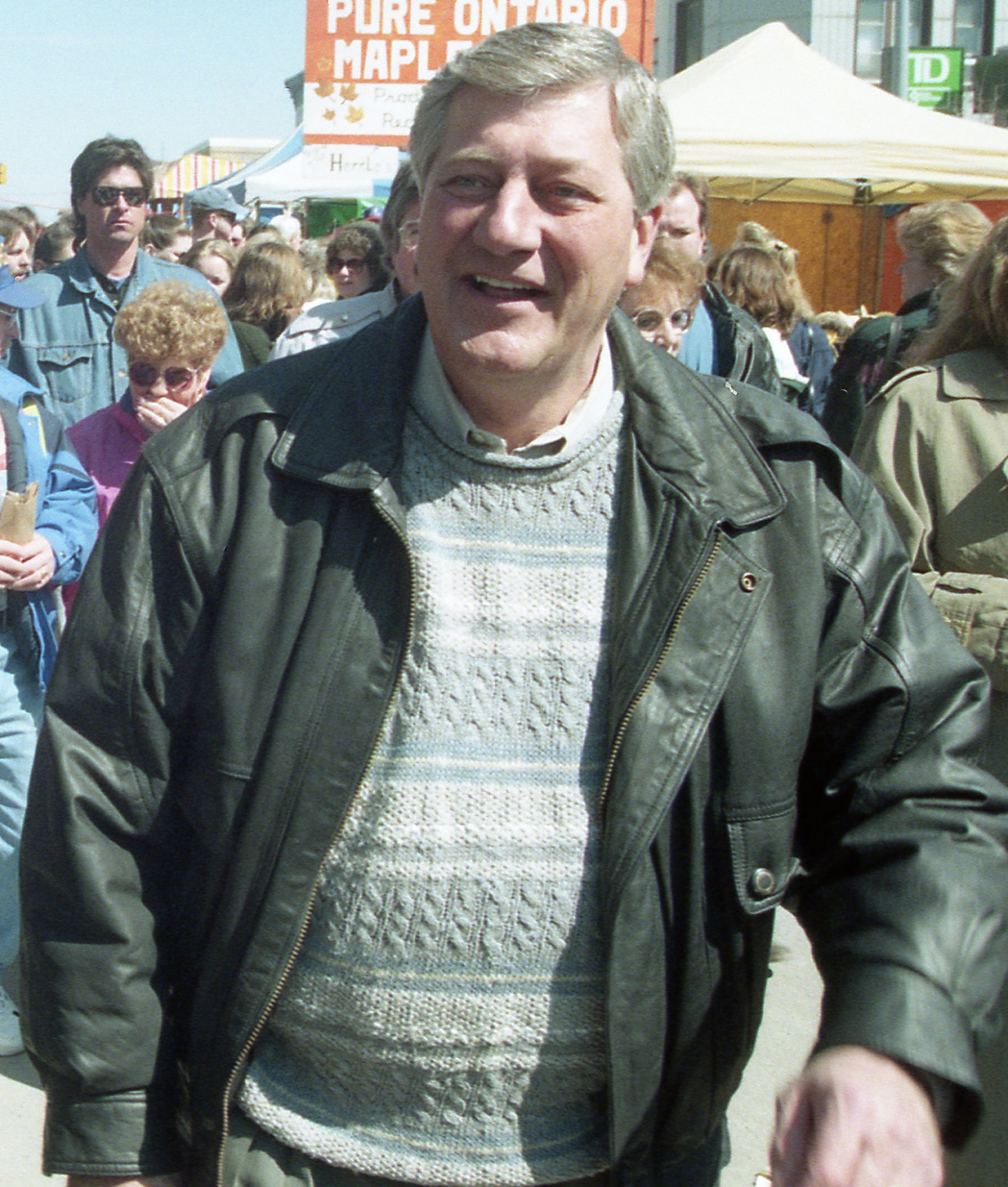 In 1998, the Progressive-Conservative government led by then-Premier Mike Harris de-listed Ontario Health Insurance Plan (OHIP) coverage for genital surgery for people with transsexual bodies (Gill 1999, A10). While the GIC at The Clarke/CAMH never administered surgeries, it enjoyed a provincially-backed monopoly on referrals for trans-related surgeries which OHIP once covered. After 30 September 1998, this de-listing altered CAMH GIC’s impact on how women and men with transexual bodies planned their life goals. For trans people earning income from sex work, OHIP de-listing was inconsequential because CAMH’s GIC proscribed under-the-table income. If anything, it became more difficult for poorer trans people in the GTA in wage labour to obtain access for genital surgery (and making it tougher for legal paperwork changes to be processed which could open new opportunities for over-the-table work). Whether this change meant that more trans women resorted to sex work after 1998 has not been tabulated.

Following Victoria Day 1996, part of the queer community recognized an urgency to mobilize its resources however possible. Mirha-Soleil Ross, a trans woman whose own experiences have included sex work, collaborated with the 519 Church Street Community Centre to launch Meal Trans (519 Church Street Community Centre, n.d.). Active since 1998, Meal Trans has served as a drop-in resource for trans women in sex work and trans people struggling with poverty, hunger, and homelessness. A nutritious meal gets prepared by volunteers to help remedy the challenge of malnutrition plaguing poor and homeless Torontonians — especially youth (Tarasuk, Dachner, and Li 2005). It also doubles as a safe setting to share health concerns with other trans people.

In the LGBTQ (lesbian, gay, bisexual, transgender, and queer) realm, the erasure of trans people’s everyday existence within a socio-political context has made it more onerous for constructive attention or resources to be channelled toward the particular challenges confining poorer trans women. That this erasure coincides with an increasingly mobilized trend overall toward the embracing of a cisgender LGBQ equity is hardly accidental. Namaste warns, “Accepting transsexuality means accepting that people live and identify as men and women, although they were not born in male or female bodies… [I]f we accept transsexuality in and of itself, then we don’t need to make it conditional on a particular political agenda” (2005, 9). So while assuring social access for all trans citizens is necessary overall, one may not assume that trans people share a single political worldview, nor should trans people ever be forced to. All the same, trans exclusion thwarts momentum to mobilize the lifting of civil barriers if those rights and privileges get extended solely to — and taken for granted by — citizens who have cissexual bodies.

On another note of erasure, a recent article on Statistics Canada data found that “gays, lesbians and bisexuals reported higher rates of victimization by violence than heterosexuals in 2004” (Canadian Press 2008). The article is noteworthy because of its painfully conspicuous absence on reporting violence towards transgender people (and people with transsexual bodies): its analysis was filtered through a lens of cissexism. Were I to interpret the StatsCan report at face value, I would conclude that as a woman in Canada with a transsexual body, I am subject to a zero risk of bias victimization in a violent crime on the basis of being trans. This is patently absurd, but it underscores the continuing exclusion and wholesale erasure of trans people on matters of public health and public policy.

Between DiManno’s columns (which, her words, “speak for themselves”) and a consistency for deleterious reporting by her professional peers, an informed reader may conclude that Canadian journalists still do more to spoil a clear cognition of trans people than they do to make cis people mindful of the endemic stigma of trans people to which they themselves are party to perpetuating.

I do not see this changing anytime soon.

Conclusion: arranging the stage for a repeat performance

This research remains incomplete. Toronto’s historical layers of a temporal “vertical city” in 2008 (what David Lewis Stein distinguishes from the spatial “horizontal city”), as examined through the lens of a trans woman (with a transsexual body), offers how some aspects of co-existing with Toronto whilst trans have improved marginally since 1996 while others remain no less entrenched in cissexism and erasure. In some ways, matters are worse. Improved mobilization from the 519 Church Street Community Centre brings some hope, as do community resources for trans youth and young adults striving to anchor safe space to recognize and affirm who they are (and what options may exist for managing long-term health, legal, and career needs). Following the fallout of the detrimental Harris government, however, the shifting of health and social services (for the welfare of the most marginalized citizens) toward privatization and away from the state seems to echo a broader trend of favouring economic neoliberalization. After September 11, 2001, securing legal paperwork to properly acknowledge the lived reality of trans people and to affirm their rights as citizens worsened inordinately, especially for cross-border travel. This paradigmatic shift bodes poorly for vulnerable trans citizens not only in Toronto or Canada, but also throughout North America.

Nevertheless, relative to the pluralistic embrace Toronto champions proudly as a culturally diversified city, this promotion does not to extend to trans people, as indicated by the exclusion, ostracism, and outright silence of its brightest minds from the civic conversation. The very sex workers whose visibility and placement as trans people betrays a hope for social equity still endure undue hardships, social denigrations, and de facto alienations from not only Toronto’s (overwhelmingly cisgender) opinion and policy makers, but even from the cisgender LGBQ community enclave of Church-Wellesley. Such barriers correspond to an elusiveness of viable paths toward higher education, actualizing a citizenship, and being hired for over-the-table, career-oriented aspirations — acutely so for highly opaque trans people just starting their working lives. One is judged, wrongly or rightly, by the kind of job(s) they have or — barring that — their perceived employability. When one is rendered jobless or deemed as unemployable because of what their life experiences signify, one’s worth is devalued. It disintegrates one’s claim on an everyday citizenship.

May 20th, 1996, marked the most violent event in Toronto’s queer history. It was preventable, but every desire for that prevention from cisgender people who controlled the conversation was missing. Palma’s therapist at The Clarke failed to heed the warning signs of Palma fantasizing violence toward marginalized populations as something more than idle contempt. The Clarke GIC failed a marginalized, at-risk population by perpetuating a caste system between it and a cisgender population, as well as between one other within the trans population. The press failed to comprehend the systemic roots of that marginalization and perpetuated a continuing dehumanization of trans people. Another Palma-styled murder spree can, however, be prevented from happening again.

Through constructive, participatory inclusion of trans people; committing cisgender journalists to a professional good faith to listen actively and respect subjects who may be trans; and to cultivate a broader conscience to remove systemic barriers which block the everyday welfare of citizens who are trans, it becomes possible to dissolve institutional stigmas which beleaguered Deanna, Junior, and even Brenda in both life and death. Dissolving this stigma de-weaponizes the biases which fuel the vigilantism for asocial, predatory, and criminal behaviours aimed at anyone who is placed as trans. It means planning the DiMannos into obsolescence. It means de-institutionalizing a people by de-centralizing and sunsetting the institution which keeps them institutionalized, regulated, and contained. It means assuring that trans people have equitable access to health care, irrespective of their vocational or situational origins. It means having genuine conversations on social spacing in the public realm and on the imperative to re-acknowledge informal economies as the difference between life and death for anyone surviving at the margins. And perhaps most of all, it means bearing in mind that a civil society is known and remembered by how well it safeguards its most marginalized citizens.

Until then, many of the old barriers stay wedged, and they are no less destructive to trans people who are trying to climb beyond poverty, homelessness, and ostracism. When (not if) another murderer like Marcello Palma emerges, then leaving everything as-is shall make the grim reprise all the more exasperating for knowing the social extent of its preventability. Worse, it shall come with no assurance that more spilled blood will put a dent in how trans victims are portrayed and, consequently, appraised by a general public waking to the morning news.

This unpublished manuscript was drafted 19 March 2008 for David Lewis Stein’s INI308H1S: The City of Toronto lecture series at the University of Toronto’s Innis College, then revised and submitted 30 April 2008 for peer review to the UofT’s Undergraduate Journal for Sexual Diversity Studies (whose editorial board disbanded, dissolving the publication in June 2008). It was revised a second time in January 2012, then serialized for the web in 2016.

Accozzaglia ▸ Essays ▸ Research ▸ Fourth wave feminism ▸ Same as it ever was? A dozen…
Article read time
About 9 minutes
Hostile Homewood
Five-to-Midnight podcasts
Gatecrashing
You are not logged in.