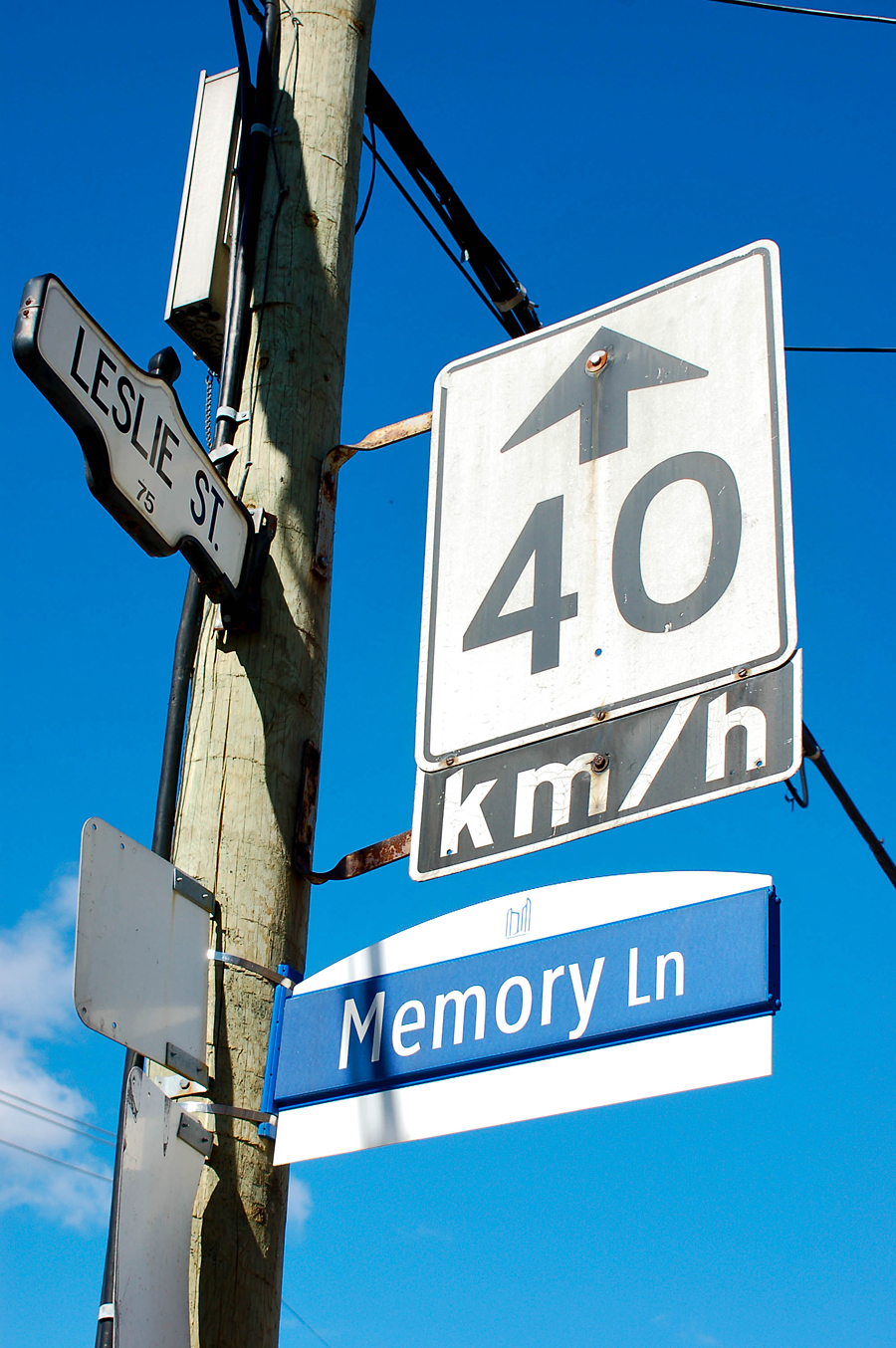 “Down Memory Lane” ©© by Mary Crandall

But before it’s all wrapped up and the question’s called, why don’t we go the extra mile by making this item even better and see whether we can save up to 700 grand before adjournment?

This evening, we’re all here because citizens in Toronto-East York and our community councillors acknowledge a mutual urgency to bring speed limits on our local streets into line with:

Our own Dr. David McKeown’s findings on this matter are clear: lowering velocities on local streets positively benefits the state of our public health. We’re here tonight with a responsibility to show that adopting the good doctor’s recommendations is totally doable without inducing negative externalities.

Given this, it can only benefit us to improve on the integrity of this item as you move to decide in its favour. It’s safe to say that we all want to be sure it’s graced with the care it deserves so that it can help to define our community as a hospitable, economically fertile, and more equitable part of the city for anyone travelling within it.

That said, I have two amendment ideas which may further improve a good thing.

The first amendment is to reduce the cost of updating our existing signage. If passed as-is, the staff’s estimate to replace roughly 4,450 signs, at $225 each, tips at just over a million dollars. The report, however, does not distinguish materials from labour.

I mention this because earlier this year, the Washington state legislature proposed changing fifty speed limit signs along one of its highways.

Much like today’s item, its proposal calls for a one-digit change to that highway’s speed limit. The difference from our situation, however, is cost: state staff estimated the total materials cost of DOT-approved, reflective “overlay stickers” at $2,700. That means covering one digit with a sticker instead of tossing the entire sign. For Washington, that amounts to $54 a sign (or, for us, about $66).

Reflective “overlay stickers” are a great way to update our signage without cutting short the life cycle of existing stock. Even without a bulk discount, our cost to update signs using overlay stickers would run us around $293,000. By contrast, that’s over $700,000 (or, over 70 per cent less) than what our staff is proposing by replacing the entire signs.

Meanwhile, the second amendment, to solicit a staff report on feasibility for future adoption, takes a longer view on what this item wants to accomplish — that is: better streets, friendlier streets, safer streets. This longer view includes a carrot for all of Toronto.

It’s a conservative observation that a speed limit reduction alone on our local streets won’t be enough to change motorist habits as widespread as what we’re aiming for — especially when motorist ideology is frequently at odds with the spirit of this Item. With only one recent study arguing otherwise for a small town (whose circumstances and motorist culture departs from our situation), there remains little material evidence to support that changing our speed limit signage alone will do the trick as effectively as we’re envisioning it.

So here are five things you may want to have staff explore in a study:

Anyway, that’s all. Thank you all for lending your brains.