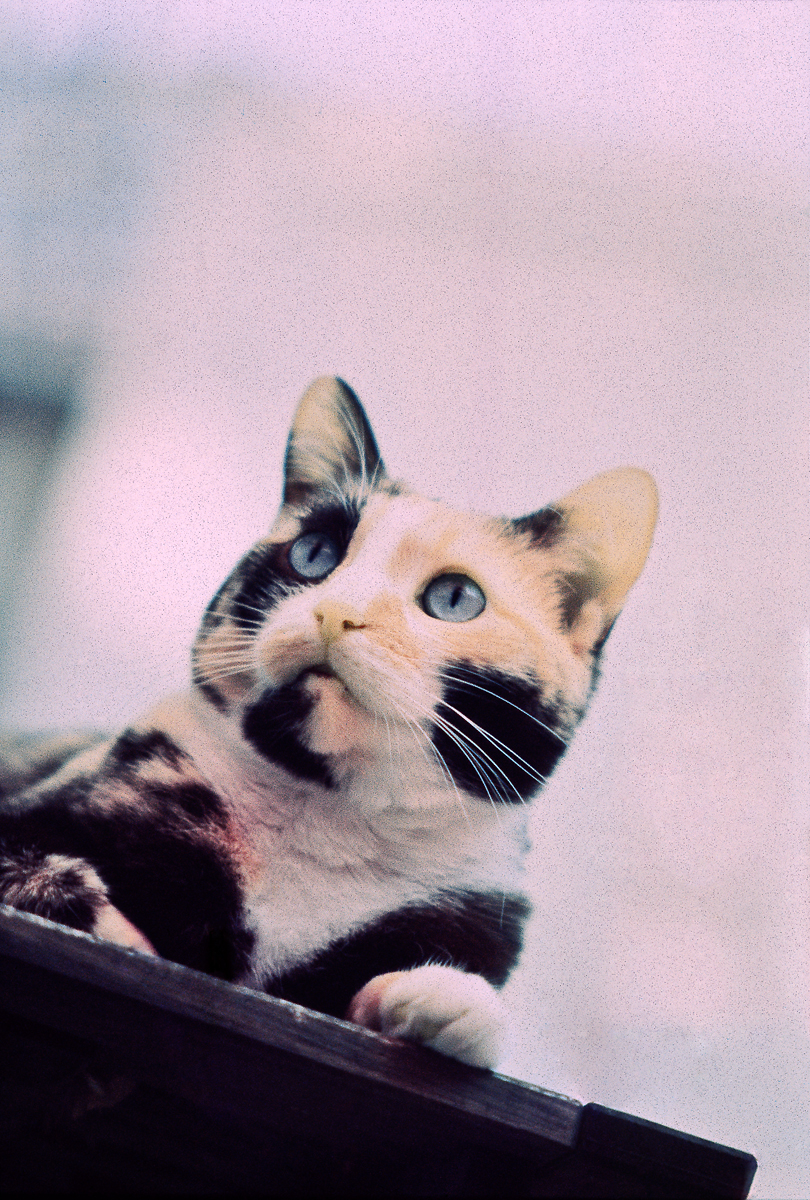 Frida, my back yard

An outtake from Join Us Over EIR in the Park, but it doesn’t count — not because Frida (“the Demon”) doesn’t count, but because this didn’t happen in a public space. With visible light, Frida’s eyes are actually golden. EIR rendered her eyes a pale blue instead. Her fur is otherwise close to the same.

The entire series is hand-crafted with the specialized colour reversal (slide) film, Kodak Ektachrome EIR, an infrared-sensitive emulsion. The film, the only of its kind, was discontinued in 2007.

Accozzaglia ▸ Photography ▸ Subjects ▸ Photo: “Frida, my back yard”
Five-to-Midnight podcasts
Gatecrashing
You are not logged in.