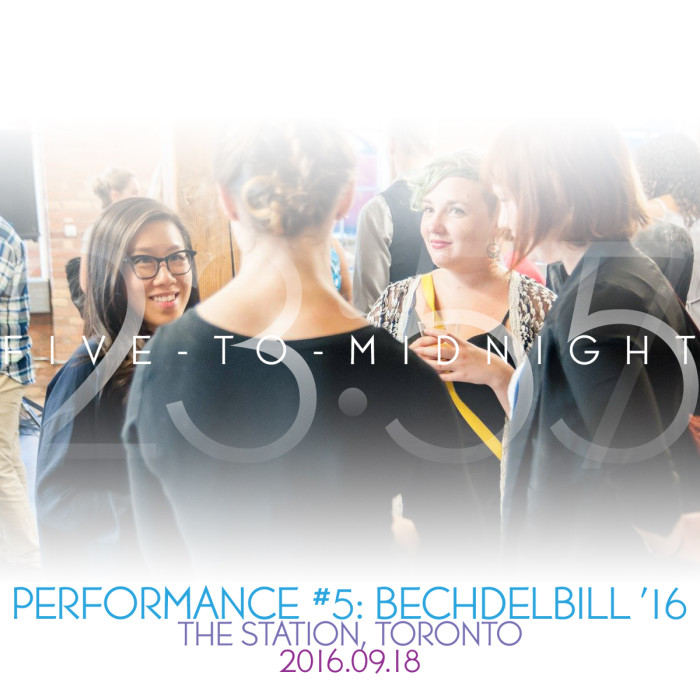 A two-part performance for the Bechdel Bill’s second annual reception at The Station, 401 Richmond. Named after the Bechdel Test, the Bechdel Bill was created by Joella Crichton and Imogen Grace and is presented alongside the Toronto International Film Festival, or TIFF, in Toronto, Canada.