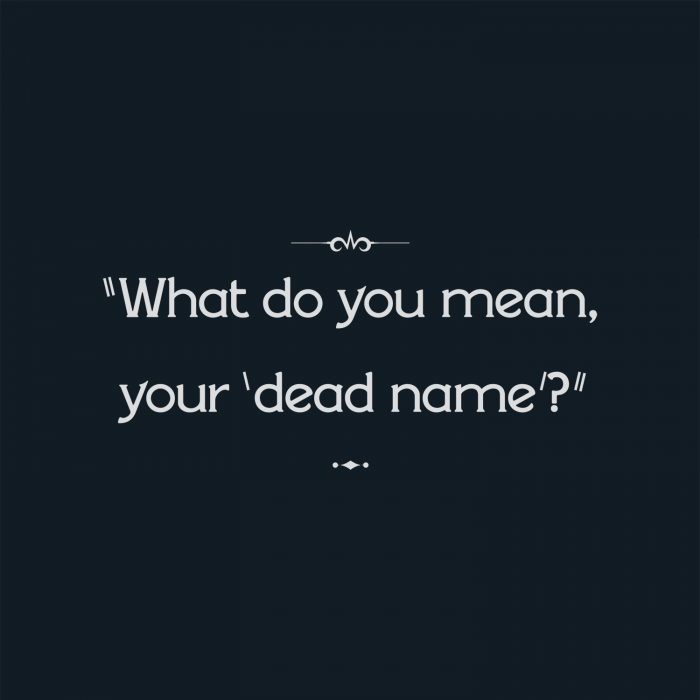 Fifth from the “Stuff Cis People Say” series (a derivation of the 2011 Sh*t White People Say meme). Apparel typesetting produced under the Patience Newbury avatar for the Cisnormativity Project.

This intertitle gave accidental birth to “dead name” (also “deadname”). It was a genuine surprise to realize it took on a life of its own. Dead name was the second instance of having introduced a linguistic expression now part of an everyday vernacular, but it was the first for which I was glad to bear witness to its widespread adoption.

Accozzaglia ▸ Professional writing ▸ Copywriting ▸ Intertitle: “What do you…
“Stuff Cis People Say”
Gatecrashing
You are not logged in.