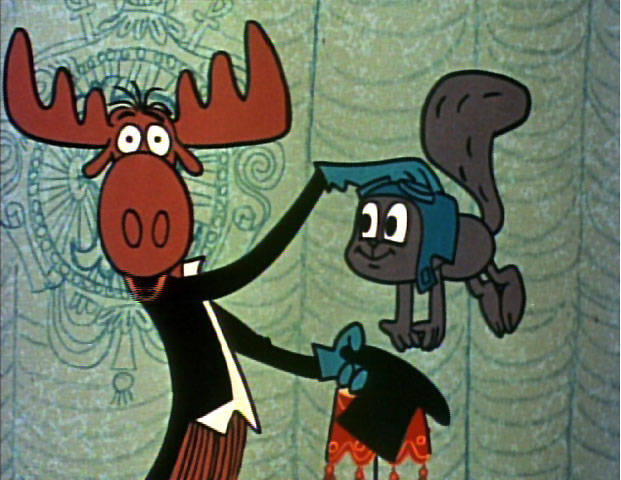 EntentasMagic?
Feminism and my intersectional life experiences
Womanhood and personhood
What being trans means to me
Do you want to forcibly disclose me?
Why I write
tl;dr

Everyone has intersectional experiences.

I find that the extent to which one’s experiences aren’t privileges tends to be proportionate to their ability to grasp what intersectionality is. Obviously, there are exceptions.

What makes an experience intersectional is that it’s often compulsory: structures of social power, already having designated which experiences have the privilege to function without being questioned, challenged, or penalized, dictate how you will be placed based on those experiences.

To illustrate, I’ll try to describe a few of my own intersectional experiences — as they overlap or intersect — and how I’m affected by them:

Ebb and flow of feminism

I turn to an enduring tenet of first-wave feminism (which answered the question asked previously by womanism: “Are women persons?”) for guidance on how I can enrich lively discussions for this fourth wave. That is: fourth-wave feminism is a feminism preoccupied with one’s own self-empowerment, or agency to speak for themselves and their intersectional experiences (and for that agency to be respected by other people and not open to debate). It is a feminism not preoccupied with the external governance, control, or validation over anyone’s bodies (and by foregone extension, over their personhood).

This latter part was an Achilles heel of second-wave feminism: it proposed the question, “Who is a woman?” Or more precisely, a grand narrative question: “What does being a woman mean?” This question was designed to challenge systems of patriarchy and its control over women’s bodies. The power to answer this question, however, was handed over to one’s peers, not to oneself. This facilitated a hierarchy of validity. As a consequence, each marginal intersection one experienced (being black, lesbian, trans, disabled, poor, old) pressed her with ever-less claim to her womanhood and, as well, her personhood. This feminism brushed past marginalized women even as this feminism tried to speak for all women.

The power to answer this second-wave question meant that cis, white, reasonably educated women — often heterosexual, less often queer — organized themselves and appointed one another as spokeswomen for this wave of feminism. “Cream” (that is, women afforded with the most intersectional privileges) rose to the top of credibility and began speaking for other women, a form of control which had a tendency to disregard and even deny many experiences of womanhood. Perhaps it was because she worked in sex trade, was trans, chose to wear a niqab (a conscious act of feminism within an Islamic context), or her body had a physical disability.

It actually takes some work to find outspoken, second-wave feminists who aren’t white, cis, able-bodied women. Unfortunately, a great many of them have done more to harm marginalized women than to help, so it’s not difficult to understand why second-wave feminism was challenged so directly by the rise of third-wave feminism and its motivation to shatter grand narratives about womanhood. Those narratives had been written by women with the intersectional power to control the storyline of that grand narrative.

Without demanding women to qualify their legitimacy, fourth-wave feminism, a small step forward, affirms personhood (and especially womanhood) by affirming that every person has intersectional life experiences and the unobstructed agency to speak to their own experiences. It asks the question, “Do women have the agency to their own personhood, their own womanhood?” Some of these intersectional experiences change over time. Many of them don’t. All of them, combined, affect us uniquely. Intersectionality, like a lens filter to remove light glare, helps to see what sociologist Max Weber described as the sum of a person’s life chances. Fourth wave feminism owes much of its existence to black womanism.

The difference between prescribing someone as a “queer woman” and describing a “woman who is queer” isn’t trivial. It’s the difference between qualifying women reductively from one another as “discrete types” and stressing that one’s womanhood or personhood need not be qualified, respectively. Qualifying people’s experiences reductively gives meaning to how tokenism and “alphabet soups” (both in the name of “inclusiveness”) occur. Although intersectionality traces its roots to womanism, the way each intersection was used in third-wave feminism did more to segment people apart by what made them different than by what they shared: that is, a womanhood or personhood experienced across all intersections.

When I say #girlslikeus, I’m using a hashtag which was given meaning and a sense of purpose by another amazing womanist named Janet Mock. #girlslikeus are unqualified women — meaning, no qualifiers added — who, like me, know what it means to be trans.

We have spent much of our lives trying to find each other, overcoming generations of being told by cis practitioners that we were to avoid each other, to never associate with one another. It’s long been a strategy of divide, disempower, destabilize, dehumanize and, as a result, defeat (let’s call these “the Five Ds”). One could even add demoralize to that group. Our strength as women who are trans can’t improve when we can’t have the agency to know, befriend, and trust each other — and do so beyond fear of institutionalizing and even medicalizing repercussions. Janet has arguably done more than anyone in recent memory to bring trans women together to challenge the Five Ds.

The Five Ds are a handiwork of the same practitioners who, one by one, have “diagnosed” trans people as mentally ill solely because we’re trans. They carry the tradition of their elder peers who did the same for cis homosexuality before 1973. We were given little choice but to accept this declaration because it was what stood between us and our agency to control our lives and bodies on our own terms. Cis practitioners of trans policy and medicine still draw a lot of water in our society. They dictate institutionally what is normative and what is not — much to the disdain of our own very parched throats.

So whenever a cis person who is gay or lesbian speaks of trans people with contempt, one need remind them how their “deviance” was lifted only after heterosexual practitioners moved away from diagnosing homosexuality as a mental illness, a social pathology, or a moral failing. If you ever read Xtra!, then you’re probably aware how this contempt for trans people — socially condemned by any other intersectional experience — is routine. The climate for this contempt is shaped by the publisher (a man who is cis, gay, and white), by the editor (much like his publisher), by some of the reporters, and by “uncensored” reader remarks posted by cis people in the “gay and lesbian community”.

The toxic paradox of social normativities — like heteronormativity, homonormativity, and cisnormativity — is that gaining the permission to reposition oneself as “normative” (that is, to be seen as “acceptable” before institutions of normativity and to distinguish oneself from people who remain placed as oppositional to that normativity) not only ignores intersectional experiences. It also repositions former “deviants” as proxies with the means (and incentive) to maintain repressive structures which were used previously to marginalize them systemically from their own personhood and even their citizenship. (Not so long ago, being a cis gay man, infected with HIV, was every bit a social death sentence as it was likely fatal.)

Consequently, marginalized intersectional experiences get antagonized even further when to be “normative” means believing that you’re entitled to a scarce commodity — a commodity only because the institution of normativity which maintains inequity treats the condition of being “normal” as a commodity. Commodities mean there will always be haves and have-nots.

Divide and conquer? No. I don’t want that in my life.