Intersectionality should seem straightforward to describe, but with so many layers and social experiences involved, the ability to visualize someone else’s intersectional experiences can get complicated very quickly.

Describing one’s own life experiences — for example, what it means to be cis or trans — can be really challenging when those intersections aren’t shared mutually between different people.

There may be other diagrams which demonstrate how social intersections manifest, but this is the model I think of whenever I’m describing intersectionality.

This diagram series represents intersectional life experiences as a gradient filter lenses. Each lens moves along an axis which illustrates how one’s intersectional placement functions as an institutional privilege or barrier.

If you find this useful as a teaching aid, feel free to link to it.

Slide #1: Where you want to go with your life

Slide 1. A picture of you — your core goals, dreams, and paths

Part of being human means looking forward to new experiences. To have dreams is a part of this. This is where the idea of pursuing happiness originates.

For this diagram, these aspirations are represented by a circle. This circle is you — or at least where you hope to go. This is also where all your intersectional experiences will interact and shape the way you’re able to see and reach those aspirations.

Words which describe aspirations are very easy to see in this slide. Perhaps this is what one’s own worldview looks like at the age of four. The world seems wide open as one is not really as aware of their own intersectional placement. Life’s chances, or Lebenschancen, are coloured by each intersectional experience one finds themselves.

Each intersectional life experience is like a tinted lens.

The hues are arbitrary, but the tints, from nearly opaque to nearly clear, aren’t. The social terms for what a tint gradient represents are generally beyond one’s individual control. How the world places someone determines how that lens is positioned between them and where they want to be. That’s the intersectional axis.

How opaque a lens is, meanwhile, represents the severity of intersectional inequity. A lens may be nearly opaque at one end and completely clear at the other. A best-case situation is when a lens has virtually no tinting whatsoever. That’s what facing down misogyny, cissexism, racism, homophobia, ageism, and poverty strive to do.

Each intersectional lens is put on an axis. The axis can represent ethnicity; sexuality; whether one is cis or trans; whether one voices themselves as a woman or man; one’s economic placement; one’s physical abilities; one’s age; and so on.

This slide shows what one intersectional experience, a privilege, looks like. This lens — here, representing womanhood and manhood — is positioned along its axis with the least intersectional obstruction.

This slide shows the same intersectional lens, except as it is positioned when one voices, or affirms themselves as a woman. At one time, this portion of the lens was completely opaque. Each wave of feminism has worked to confront how to make this lens more transparent irrespective of how it’s positioned — that is, irrespective of one’s intersectional life experience. 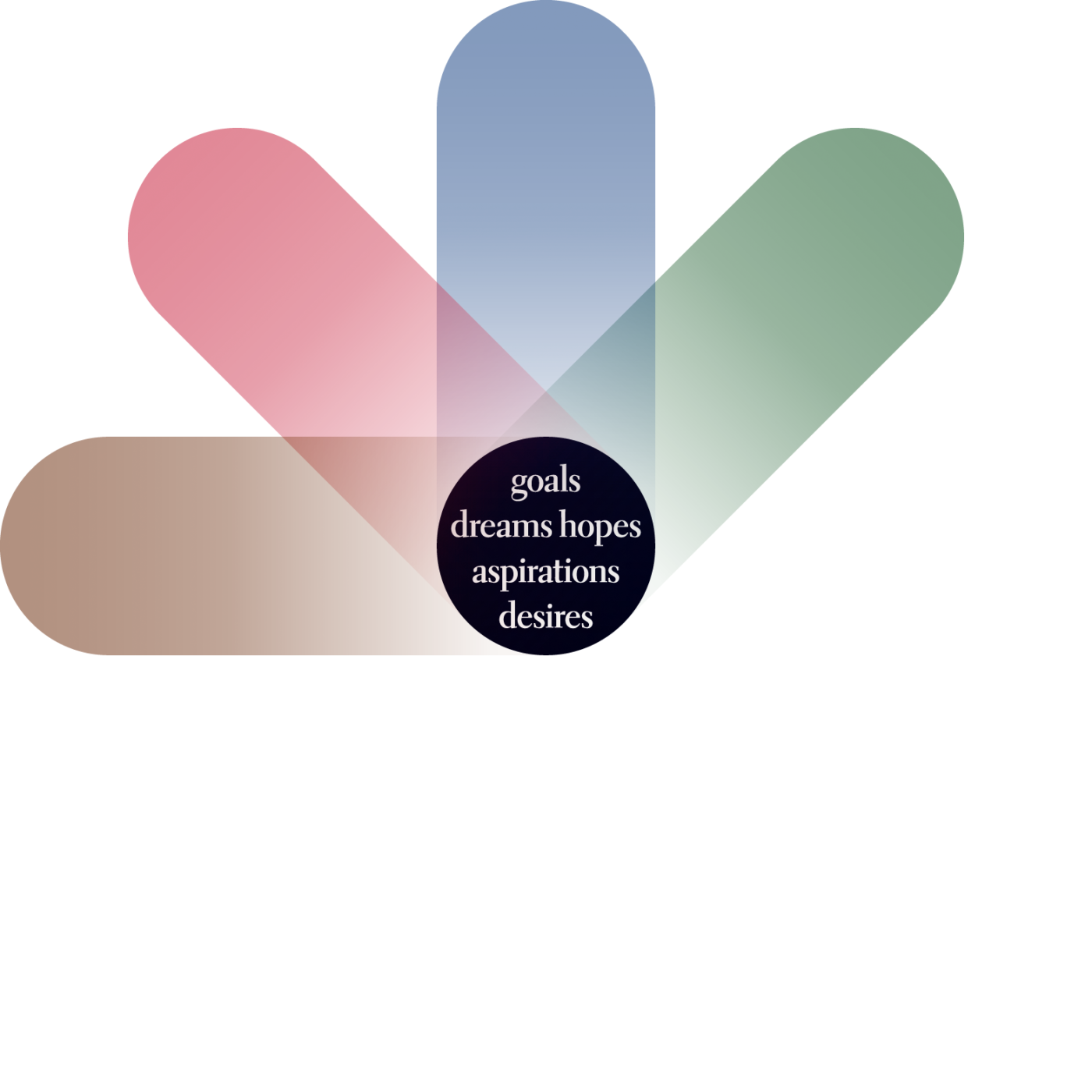 Three additional axes are added on this slide to show in a very simple sense what happens as several intersectional experiences actually intersect and how this stacking can make it more difficult to see and reach where one hopes to be — particularly as each lens is positioned as an intersectional barrier. Unlike previous waves of feminism, which still prioritize one axis over all others, black womanism recognizes that it’s not nearly enough to address the barriers women face without acknowledging that every woman’s experience is compounded by other intersectional experiences and barriers. She may also be Latina, queer, trans, disabled, and so on.

For this slide, additional axes of experience are added. The first lens, carried over from before, signifies womanhood and manhood. The second axis (and lens) signifies race, generally. The third signifies whether one is cis or trans. The fourth axis signifies whether one is heterosexual or homosexual. (These axes could signify other intersectional experiences, too, and none is necessarily required to be limited to either/or positions.)

Slide #4 represents a white, cis, heterosexual man. All his intersectional experiences negligibly tint where he wants to be, and there’s very little in the way of anything obstructing his path. This slide is similar to the one previous, but one intersectional experience — the axis of sexuality — is different. This reflects the intersectional barriers a white, cis, gay man might face. Where he wants to be is slightly obscured, but still clear enough that he can still pursue it. Slide #6 begins to show how several institutional barriers can seriously disrupt one’s ability to see and reach where they want to go. This slide represents the intersections of a woman of colour who is lesbian and trans. This doesn’t factor other intersectional experiences, such as age, class, and mental health. Even from these alone, it’s not hard to see how contrasted and obstructed her life chances are, versus the white, cis, heterosexual man represented in Slide #4 or even the white, cis, gay man in Slide #5. She confronts manifold barriers where they deal with comparatively few. This slide continues from slide #6 to show how multiple levels of marginalization, as the more obscured parts of the lenses continue to intersect, can completely block where one is trying to go with their life. In this slide, those goals, dreams, hopes, aspirations, and desires are virtually impossible to see. At best, a faint hint of what could have been may be visible, but reaching it is impossibly remote, even discouraging.

For a lesbian trans woman of colour who is poor, physically disabled, older, and a migrant (or undocumented immigrant), her intersectional barriers are crushing.

Conclusion: a social intersectionality I hope to see for everyone Slide 8. What I work toward

This final slide is a Utopian model which isn’t likely to happen while I’m alive. Maybe it’ll never happen, but it’s probably the only way we’re going to do away with systemic social inequities. This slide motivates the social justice work I do. Every intersectional life experience will continue to exist and be known to others, but where one finds themselves along that axis will come with no penalization or hardship.