To everyone who has spoken positively of the “YOU OWN YOUR SPACE” blog posting from yesterday, thank you.

I didn’t really think anyone would have read it, but I’m grateful it has resonated with a lot of you. We should still have Jenna Morrison with us today. I am sad we don’t. She and I were the same age born ten days apart.

A couple of people have asked whether there might be a campaign to accompany this posting. I hadn’t thought of it before they mentioned it, but I may as well use some of my old graphic design-fu to see if cyclists might want this as a button or similar for their messenger bags and backpacks.

I want to make buttons out of this, but I lack distribution or equipment to produce them. The button (or poster) is meant to be highly visible — fluorescent orange, if possible.

If they are sold (rather than given out to cyclists), I also want whatever proceeds which could come from this to be directed to a local biking not-for-profit to assure that Torontonian cyclists are safer when they ride. Perhaps proceeds can go to making sure everyone has turtle lights and bells on their bikes, or something along those lines.

So, I need your crowdsourcing help.

If there are local places which can pool together production costs to produce, say, 1,000 buttons, and distribute them to folks (say, at local bike shops or at one of the do-it-yourself bike repair places around the city), I think that would be awesome and so much more than anyone could ask for. [UPDATE: I found a local button maker who can produce 1,000 round buttons of 1.25-inch diameter for $300 plus HST; I'll check to see their turnaround and see if these could be ready by Friday, in time for Monday's Ghost Ride for Jenna.]

Either find me on Twitter at @accozzaglia or leave a comment below with a way to contact you (I screen comments and won’t won’t approve them for public viewing if contact information is included). I’d like to get these onto people’s backpacks and messenger bags by Friday.

Thanks so much, everyone! 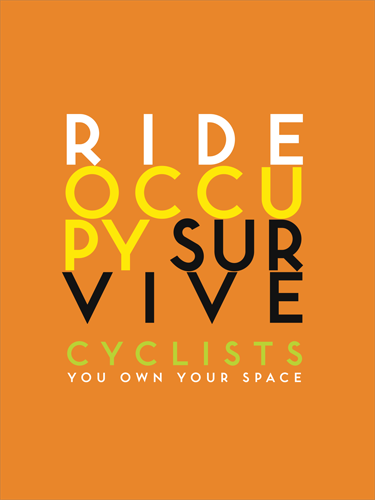