Part 1 of 5 in
Hostile Homewood.

This begins a five-part unpublished series from 2008, posted June 13th through 17th.

This series, “Hostile Homewood: on Toronto’s Victoria Day ’96 murder spree and articulating erasure”, opens a critical review on the most violent night in Toronto’s queer history[1]. On a holiday evening in 1996, three sex workers were murdered in public spaces. All three perished not only due to a man with a gun, but also because of social stigmas ascribed to what their bodies signified and where each of them was with their own lives when they were executed. Rather than reporting it solely as a bias-motivated murder spree against defenceless victims, Toronto’s news media fixated on and obsessed over what the victims were doing before the attack and what their experiences represented — as if to validate the killer’s motive.

The manner by which each victim articulated themselves and kept alive before that night was subjected to a remarkable public scrutiny. In death, columnists and beat reporters found ways to admonish and dehumanize his victims even further — at times, equivocating over motive (despite clear premeditation) and omitting any possibility that the social hostility that they as reporters were fomenting toward the victims was a cue for enabling the culture of hostility which emboldened the murderer to act on his contempt. This double-bind of condemnation was especially devastating for not only two of his victims, but also for community survivors. Torontonians appeared to grant journalists the benefit of authority that these victims merited not dignity in death, but sensationalism due to their marginal placement in life.

This series is designed, as assigned by retired Toronto Star columnist David Lewis Stein, as a hybrid of journalism, scholarship, and narrative. It resolves a few themes. The first, a journalistic review, re-traces the night of the murders and profiles how local news media reported on it. The second, a critical exploration, describes an institutional straitjacketing particular to Toronto which constrained two of the victims to a paucity of occupational paths — correlating this to the work they were doing that night. A third theme emerges: the gendering and policing of public space where they worked and were shot. The essay closes with a question: do these institutional barriers persist in 2008?

While all three victims struggled in life, two are a reminder that how those who share their life experiences have learnt to survive by basically shutting up — how the salve of silence is nothing better than a consolation for coping and not a realistic or humane path toward living or flourishing as citizens. And yet, speaking forward has not reified the citizenship deprived from them, either. Incomprehensibly, what their life experiences signify can and do elicit the uncivil, the merciless, and the most apoplectic of reactions from otherwise seemingly reasonable people — not just including exceptional outbursts of rape and murder, but also quotidian rejections and wholesale exclusions from a civic conscience. Those with a scant social consciousness of these lived experiences may be wont to injecting a non-consensual public conversation into the private lives of said people. A public reluctance to accept that these life experiences exist and merit the equity of dignity is redirected back at this marginalized population whenever a compulsory interrogation about their lived experiences demands explanations for how and why they are the way they are — whether or not they are ready or willing to volunteer an explanation. When the public presses for explanations, it means having to cede the boundary of private life and body which that public accepts for granted for itself. 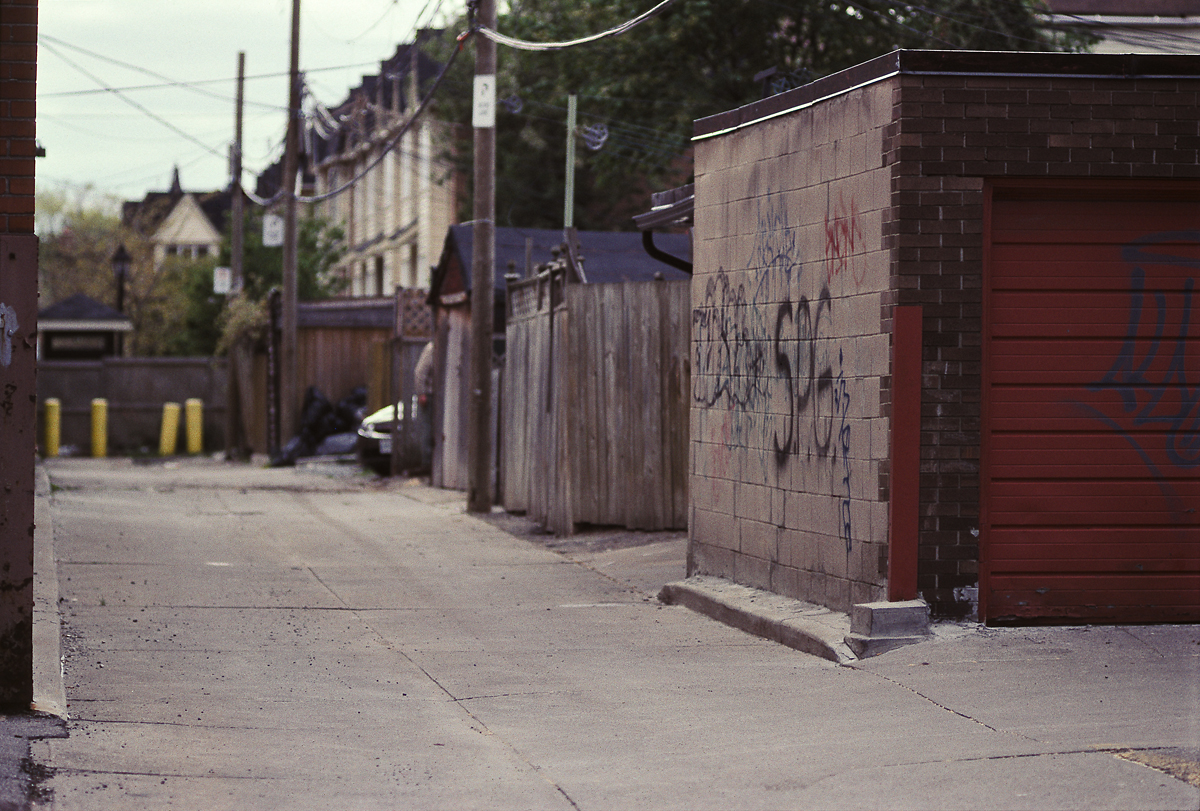 Figure 1. Laneway adjacent Tecumseth Street and King Street West, nearby where Marcello Palma murdered his first victim just around 11pm on 20 May 1996. [Idlewild; photo from 19 May 2008]

He loaded five hollow-point bullets into his registered Ruger .357-calibre pistol (Mascoll 1999a, A1). Hollow-point bullets, notorious for extensive damage when penetrating tissue, are illegal to have in Canada. In under three hours, he fired four, point-blank, into the heads of three victims, leaving one to spare.

His first victim, a sex worker on duty in the west end near King and Tecumseth, screamed, “No!” before he struck, then shot her in the back of the head (Mascoll 1999b, A1; Vincent 1996, A6). She was killed instantly. He targeted her because he may have questioned her womanhood (DiManno 1996b, A7). About an hour later, east of Yonge Street on Homewood Avenue, near Maitland Street, he shot another sex worker for the same reason. Improbably, his second victim, suffering a grievous head wound, managed to pull themselves back up. He shot again — this time fatally[2] (Vincent 1996, A6). Moments later, further up Homewood, his fourth bullet downed a third victim who for years supported herself on the very same streets she struggled to escape. “You bastard!” was heard shouted just before he shot her, execution style, from a metre away — only steps from his second victim[3] (Mascoll 1999a, A1; Vincent 1996, A6). Few paid notice to the sound of gunfire at these locations. 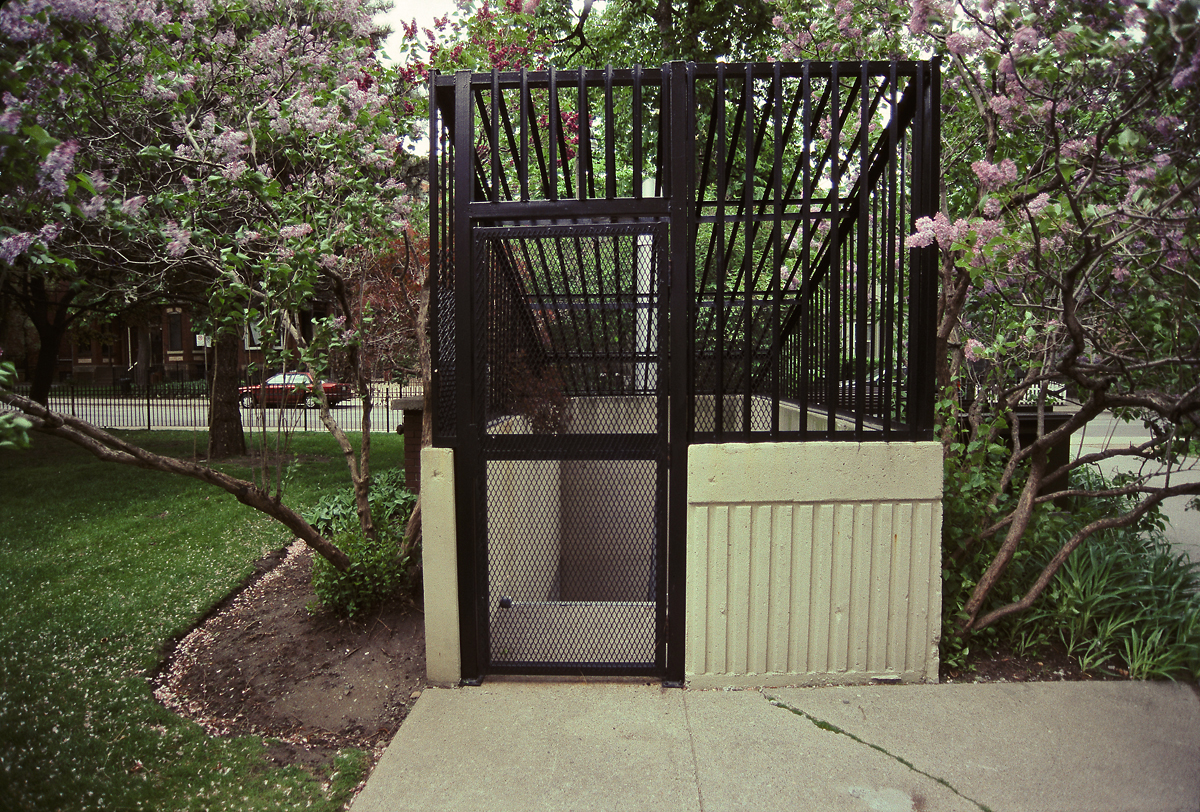 Figure 2. Underground garage stairwell at 40 Homewood Avenue, where Marcello Palma murdered his second victim just before midnight on 20 May 1996. [Idlewild; photo from 19 May 2008]

The late evening of Monday, May 20th, 1996, was Victoria Day, a Canadian public holiday which doubles as the unofficial start to summertime. After dusk, an unseasonably swampy thunderstorm drenched Toronto in a marathon deluge, peaking around when the man began his rampage[4]. Thunder and amateur fireworks camouflaged his gunfire. His dark raincoat, meanwhile, camouflaged him — a fact the Crown proved as premeditated (Gadd 2001, A23).

His was not the work of randomized spontaneity: he targeted his rage specifically toward articulations of femininity and womanhood. In February 1996, he put a gun to his wife’s head and “called her a slut” (Mascoll 1999b, A1). She threw him out not because of this outburst, but because she caught him in April cheating with another woman (DiManno 1999, A1; Gadd 1999, A9). Earlier on Victoria Day, his lover spurned him, sending him into a fit of rage (Mascoll 1999c, A1). He lacked anger management skills: he destroyed his air conditioning repair workshop and vandalized co-worker vehicles and equipment (ibid.). His rage escalated. He loaded his pistol. He packed a knife and raincoat. He drove into Metro Toronto. He searched for women doing sex work in places — places he scorned publicly — where he was a regular client dating to at least 1991. He sought to find and destroy some of the very people he described openly as “scum” — the same people he had hired previously to buy sex on the down-low (Mascoll 1999a, A1). 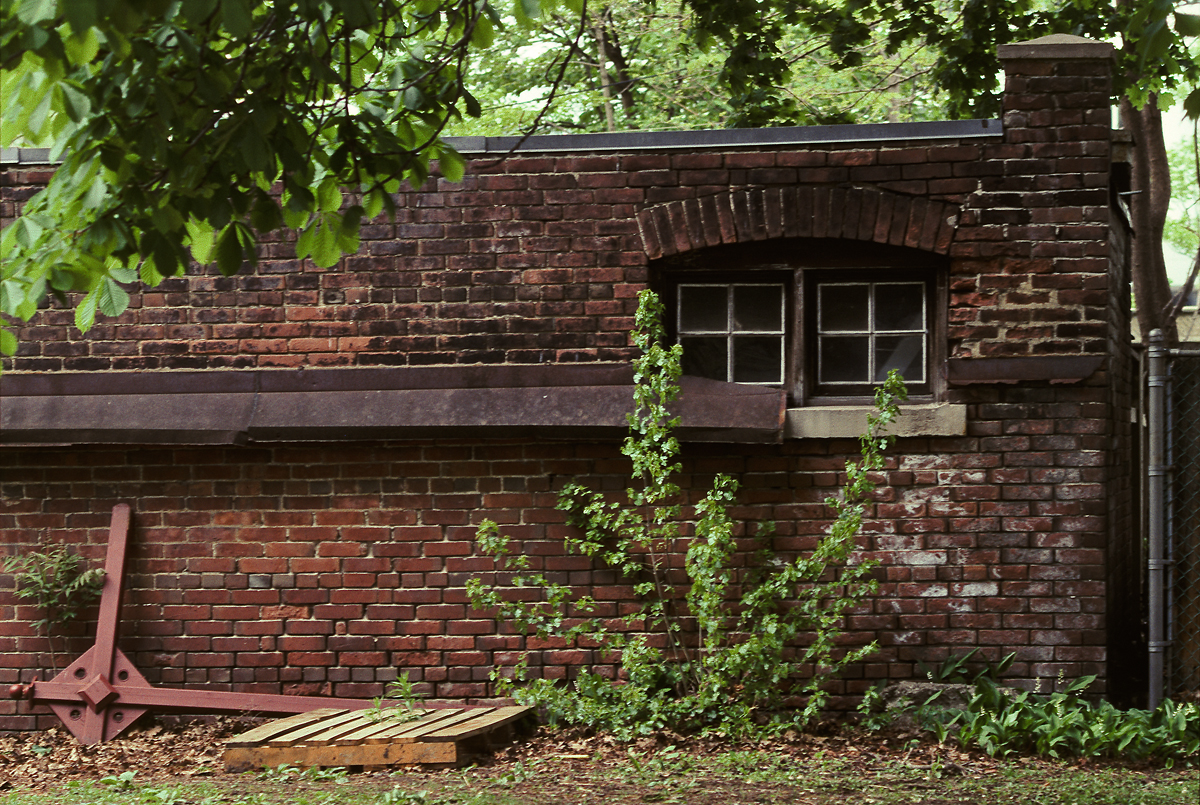 Figure 3. Adjacent the laneway of 61 Homewood Avenue, where Marcello Palma murdered his third victim shortly after midnight on 21 May 1996. [Idlewild; photo from 19 May 2008]

On this night, Marcello Palma was 29, married, and father to a 15-month-old daughter. A nationwide manhunt led to his arrest in Halifax almost two weeks later. Palma was convicted in 2001 on three counts of first-degree murder and sentenced to life for a minimum of 25 years, time served inclusive (Vincent 2001, A3). Even Eddie Greenspan, Palma’s high-profile lawyer, could not evince “diminished mental capacity” for an insanity defence hampered by his “desire to kill street people” — a declaration confided to his psychiatrist at The Clarke Institute for Psychiatry, who diagnosed Palma with narcissistic personality disorder and “a tendency toward sadism” (Gadd 1999, A9; Vincent 2001, A3).

Part two profiles the journalistic biases in reporting on the murders which portrayed the victims as agents of their own fate.

A complete index of references for the “Hostile Homewood” series is included with part five.

[1] As measured by fatalities and literal terrorization of a community. The second-most violent night, as measured by morality-based intrusions (and property damage), was the Operation Soap police raid on bathhouses (and subsequent street riot) on February 5th, 1981.

[2] The site was a concrete stairwell to an underground parking garage at 40 Homewood Avenue.

[3] The site was along a laneway fence behind 61 Homewood Avenue.

[4] Hourly conditions reported at CYTZ [Toronto City Airport] and logged by Environment Canada’s interactive online almanac showed moderate to heavy rain on the night from May 20th at 19:00 to May 21st at 05:00. Heavy rain was reported after 21:00, relenting to moderate rain after 00:00. Eyewitness reports indicated that it was accompanied by lightning and thunder.

This unpublished manuscript was drafted 19 March 2008 for David Lewis Stein’s INI308H1S: The City of Toronto lecture series at the University of Toronto’s Innis College, then revised and submitted 30 April 2008 for peer review to the UofT’s Undergraduate Journal for Sexual Diversity Studies (whose editorial board disbanded, dissolving the publication in June 2008). It was revised a second time in January 2012, then serialized for the web in 2016.