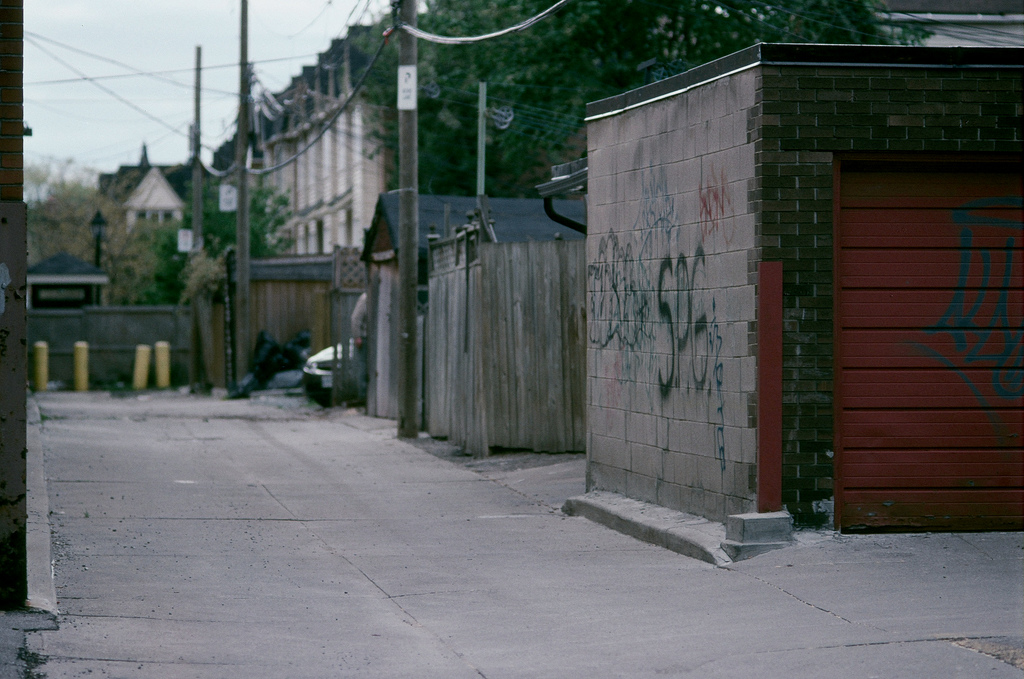 Though still a relatively recent phenomenon, the rebirth of older urban areas has become a familiar sight. An abandoned industrial warehouse thirty years ago might be a striking loft condominium now. Century-old neighbourhoods that fell into disrepair for decades are now home to devoted waves of new residents, led by artists and followed by successful professionals who celebrate cultural variety. But this evolutionary process — gentrification — doesn’t always occur.

In his 2004 essay, “Municipally managed gentrification in South Parkdale, Toronto,” Tom Slater analysed the ethical complications that arise when a municipal government assumes agency over the renewal of a troubled neighbourhood. Further, he documented how South Parkdale’s systematic decline after World War II is actually a symptom of historic policy decisions coupled with a culture of social neglect on behalf of multiple governments. This, according to Slater, triggered dysfunction that resulted in a prevalence of transients (in desperate need of mental health resources), chronic street drug activity, prostitution, and working-class residents (paralysed by fear of eviction by opportunistic landlords). Today’s politicians, he argues, must first work to remedy these pre-existing factors before South Parkdale can begin to recover from a feedback cycle of neglect.

Slater is not averse to gentrification, but he has argued that a neighbourhood’s concerns must first be weighed: “I side here with those who advocate a complementary perspective on gentrification, which involves ‘comparing and informing one set of ideas with another’” (2004a, 307; as cited in Lees, 1994, 139). By “complementary”, Slater is referring to the balance reached between economic and cultural motivators. He also spoke supportively of Ley’s (2003, 2533 & 2540) thesis proposing that gentrification is largely a product of whether artists, who as a group are triply as likely to hold a university degree versus Canadians generally, were already entrenched in a neighbourhood before gentrification began. This is significant because artists are regarded by the middle class as culturally enlightened and thus treated as equals, even when many lack comparable economic capital (ibid., 2533). According to Slater, this is not what happened in South Parkdale, raising an important question: to what degree can a troubled neighbourhood be remedied when a local government tries to engineer gentrification through housing policy (2004a, 307)?

On this point, Slater spoke against municipally managed gentrification: South Parkdale’s resettlement has hardly been “emancipatory” for its most vulnerable residents, many of whom are not artists (2004a, 322). Emancipation here implies that those who can afford the choice of living in either an older city neighbourhood, a newer suburb, or a “modernist space” (e.g., a high-rise) will choose the older city neighbourhood, following their desire for “fashionably retrofitting” an older house and embracing the neighbourhood’s “culturally marginal” appeal (Caulfield, 1992, 174). Such emancipation — while not as territorial as the “revanchist” gentrification ascribed to American cities — alters the market for housing supplies in a gentrifying area, leaving middle-class owners better prepared to stay as property values climb; the poorest residents, whether or not they were instrumental to making the neighbourhood culturally desirable, are the first to be displaced (Slater, 2004b, 1192; Filion, 2000, 179).

In light of demand-driven economics, a prima facie reading would dispute that advocating on behalf of a neighbourhood’s most vulnerable citizens is valid rationale to counter market forces: those who can afford to buy cheaper houses may do so and will colonize a neighbourhood if they identify a long-term value to renovating its housing stock, pushing prices well beyond “affordable” levels for lower-income residents (Atkinson, 2003, 2343–2344). This passive, neoliberal process — wherein private enterprise leads a conversion of older or subdivided housing stock into “single- ownership” (e.g., family) units, financing a neighbourhood’s revitalization by hedging on future middle-class resettlement — may be highly appealing to a cash-strapped municipal government (Holm, 2006, 118). Consequently, the city stands to earn revenue from a higher property tax base.

But Slater found that South Parkdale’s recovery is not a laissez-faire process: the city, rather than letting the market catalyse its revitalization, intervened by creating policy to hasten the displacement of at-risk residents and encourage buyers to purchase occupied properties (2004a, 314–315). In other words, it was a municipal eviction: the city declared illegal all single-person units under a certain size, classing them as “illegal conversions”, while placing moratoriums on the development of single-person units (ibid., 315). Paradoxically, this contradicts the city’s emerging policy on affordable housing: “A full range of housing . . . will be provided and maintained to meet the current and future needs of residents . . . includ[ing] . . . emergency and transitional housing for homeless people and at-risk groups” (City of Toronto, 2007, 3-13–14). Even if this change hopes to remedy displaced South Parkdale residents, a history of eradicating low-end housing stock cannot recover single-person units where consolidation (into single family homes) occurred.

This was a “sinister” kind of emancipation, because those gentrifying residents who moved into South Parkdale displaced deinstitutionalised, low-income residents who were unable to live elsewhere (Slater, 2004a, 322). South Parkdale also contradicts the idea that gentrification follows the entrenchment of an established (and desired) arts culture: while it is home to a few artists, their concentration and tenure have been marginal relative to other Toronto neighbourhoods where gentrification followed a robust, diverse arts scene (ibid., 306 & 312; Mathews, 2004, 102–103).

I concur with Slater: the policy to alter housing stock to trigger a change of demographics was both reactionary and adversarial to existing problems caused by the Gardiner Expressway’s bifurcation of South Parkdale’s social fabric, followed by the half-baked dismantling of the public mental health care infrastructure (2004b, 1195–1196). A failure to provide these discharged patients with a strong social-institutional support was, mildly put, a sure-fire recipe for disaster. Those least able to live independently are those most vulnerable to falling through society’s cracks. And this is precisely what happened here, further entrenching the “haves” (South Parkdale Residents Association) against the “have-nots” (“decarcerated” homeless citizens) (Slater, 2004a, 321). Bluntly put, this was municipally mismanaged gentrification.

Regent Park’s current redevelopment is empowering the city with a rare chance to manage a neighbourhood’s revitalization, but this is not gentrification. As explained earlier by Caulfield, gentrification requires pre-existing housing stock considered desirable to rejuvenate, coupled with a desirable bohemian culture. As a public housing project, Regent Park lacks both of these (Ley & Smith, 1997, ¶7). Given his thoughts on South Parkdale, Slater might suggest to the city (and to developers) that leaving Regent Park’s existing residents without a home, either inside or adjacent to the rebuilt area, will undermine its efforts to improve a socio-economically challenging problem.

Developing myopic policy to redress a troubled neighbourhood situation can, as Slater found, do more to worsen matters than it can to revitalize a community. Toronto can learn from its mistake in South Parkdale as what not to repeat, since it effectively agitated a remediable problem beyond the pale. Will the city do its homework next time, or will it rush to another haphazard fix?

Holm, Andrej. 2006. Urban renewal and the end of social housing: the roll out of neoliberalism in East Berlin’s Prenzlauer Berg. Social Justice, 33(3), 114–128. Routledge.

Lees, L. 1994. Rethinking gentrification: beyond the positions of economics or culture. Progress in Human Geography, 18, 137–150.