A sneak preview of an impressive verification: the opening frames from a reel of 16mm Kodachrome cine film. The reel was prepared by the TTC in 1940, making this (for now) the oldest motion picture reel of Toronto in Kodachrome.

The reel appears to be about 330ft, thus making it probably a 5–10-minute film. The subject denoted on its canister are scenes of the Bloor streetcar line. By the looks of it, I’m guessing later 1940 after a wet autumn had rolled in: 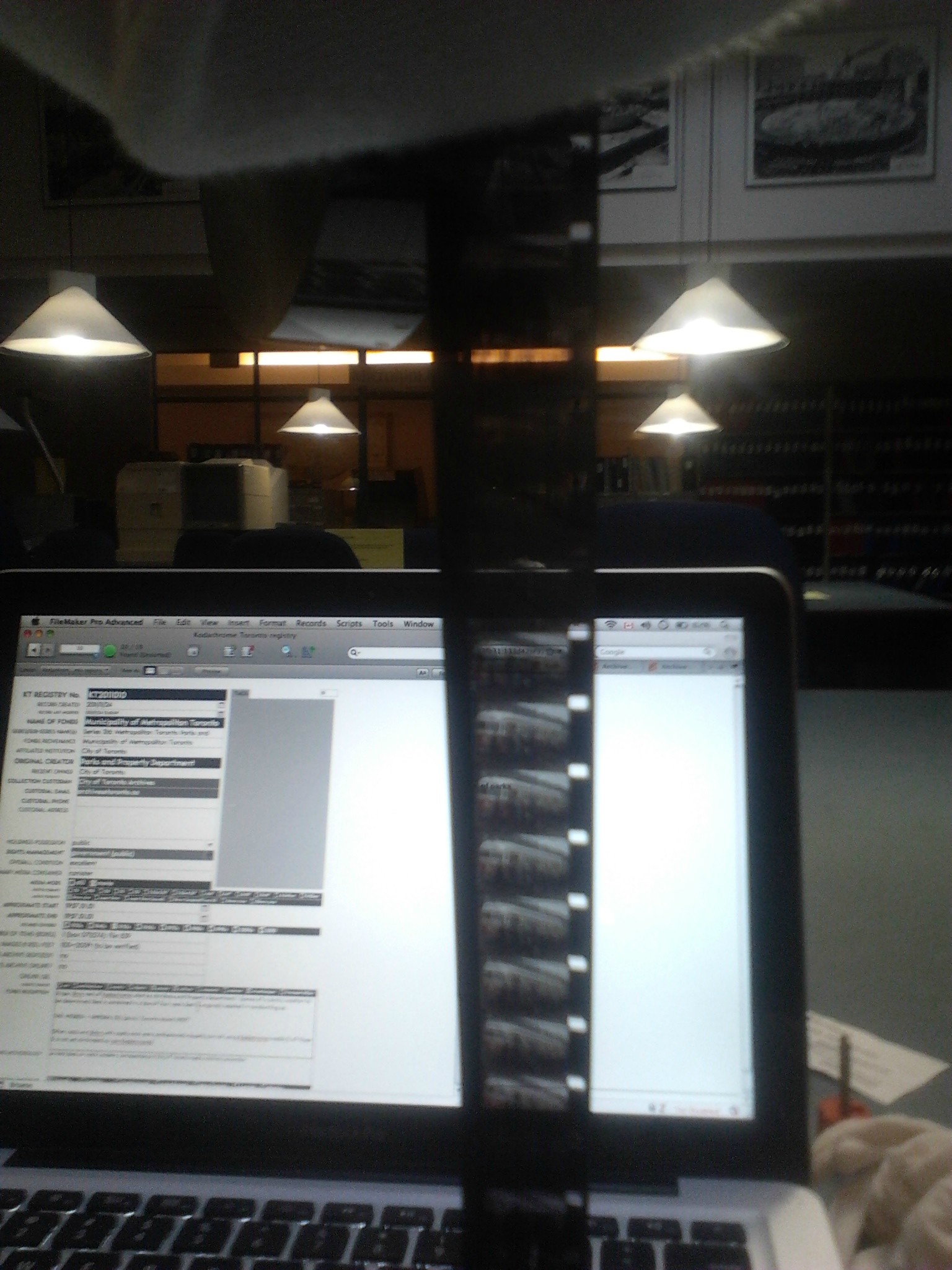 I will be previewing this hopefully in its entirety over the coming couple of days and will deliver a summary of what this film document contains.