After two weeks of initial interviews with collectors, custodians, and photographers — and forays into existing institutional collections — the Kodachrome Toronto registry is beginning to coalesce!

Also, before you read under the fold, have some eye candy from a new film scanner I’ve just finished testing: 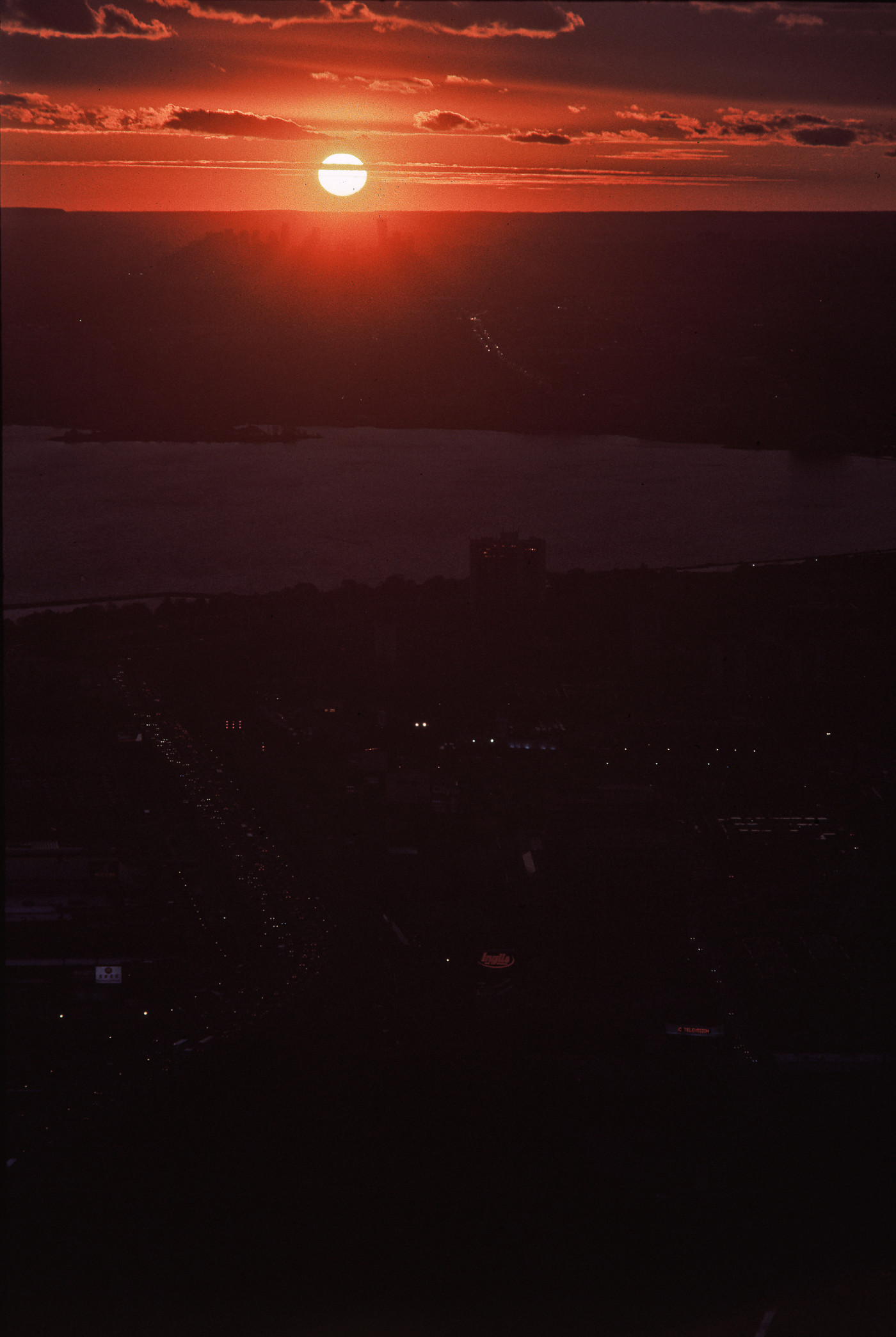 As interviews and collection reviews continue, names in the registry are not yet available to researchers, save one: the “test” entry of KT2011001. This is my own collection — colloquially the Accozzaglia collection. I used this as the guinea pig to get the database’s working fields set up: 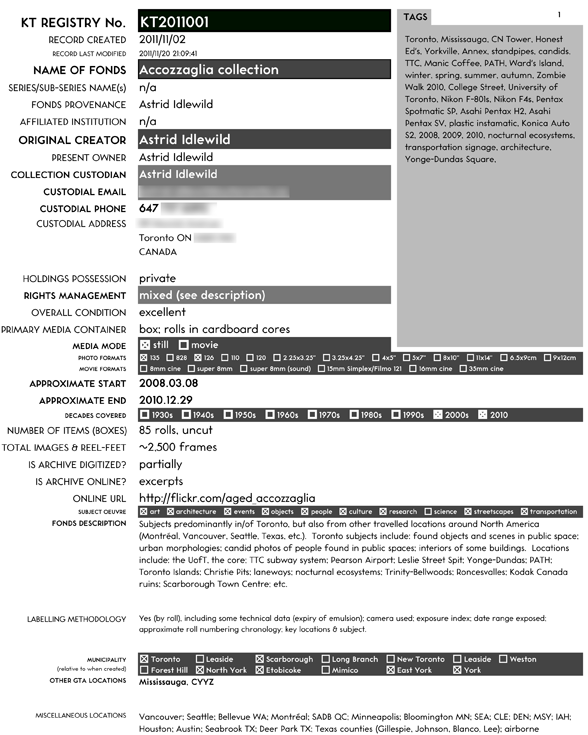 These fields, as they currently are set up, appear to be compliant with most of the principal archival description conventions (such as DACS, ISAD(G), and Dublin Core). This database is specialized for use with the GTA’s historical geography and within the decades of relevance.

Final standards compliance will be determined once I begin working with a standards-compliant database platform (right now, it’s just a FileMaker database). A likely candidate will be Dspace, but this is not a hard and fast decision. This will likely occur in 2012 — after this masters SRP (supervised research project) is submitted for supervisor review.

Provisional interviews — please keep them coming! — are really helping me refine the database to accommodate for as many circumstances and themes I can fathom. No fewer than six minor revisions to the database have been executed since the first interview.

From the entries so far, some highlights:

By interviewing to have your collection added to the registry, you can enjoy two perks being developed:

Kodachrome Toronto swag. Design is still being finalized, but it will differ from the Forever Kodachrome 1935–2010 button. I’m thinking coffee mug, t-shirt, canvas bag, or a button. If you’ve got them, send me some of your swag media ideas!

Use your registry number. Anytime you post your collection on a social media site like Flickr, Photobucket, or your own hosted site, you can use the Kodachrome Toronto registry number permanently assigned to your collection. This enables researchers to confer with the database to gather a broader idea of your overall collection — assisting their research and enabling them to properly contact you for their research needs.

So if you’ve been notified lately that you are invited to interview for the registry — or you’d like to be interviewed — get in touch! I’ll get you added promptly.