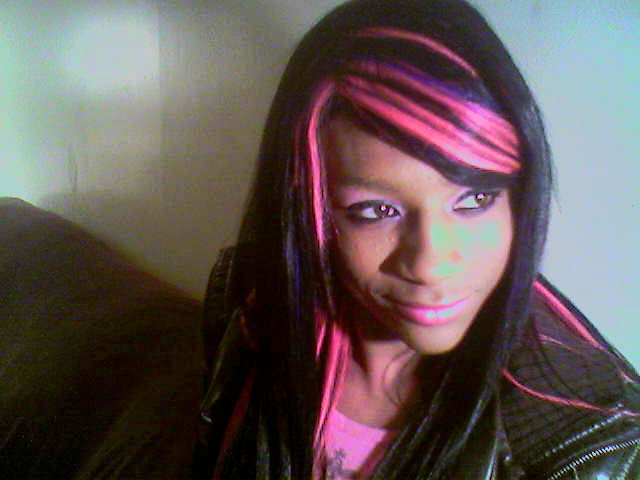 Yesterday morning, I read the story of a woman in Cleveland who was murdered in the most violent of ways.

She was stabbed multiple times.

The man who murdered her stripped her body naked below her waist as an act to humiliate her. He tied her body to a block of concrete to make sure she sank to the bottom of an artificial pond next to a rural highway. Her body was badly decomposed, which means she had been dead for some time before she was found.

Beyond these facts, everything about her struggles, the social obstructions she faced, and the loved ones she was forced to leave behind, were erased in a tacit act of complicity by not only her murderer, but also by police and local news reporters.

These three parties share the responsibility for the desecrating conditions which, postmortem, defiled a human being, a young personality, and a long life ahead — foibles, gifts, and all. It wasn’t enough to murder Ci Ci. It was important enough to both police and press to engineer a public argument of criminalizing her existence as a trans woman of colour and turning her into something else entirely.

The local newspaper, the Cleveland Plain-Dealer, didn’t write on the savage murder of a mother’s child. They didn’t write on the problems of systemic violence toward women, gender and sexual minorities, or persons of colour (particularly with a visibly sub-Sahara African heritage).

At the very least, we’re talking about three intersectional barriers which the Plain-Dealer ignored. Four, if you count how she was living in poverty, agitated no doubt by the previous three barriers. Five, if you count her limited access to education. I could keep going.

Defiling a woman: John Caniglia of the Plain-Dealer and the Cleveland police

The Plain-Dealer journalist on the beat, John Caniglia, didn’t bother to report on leads, tips, or profiles which the police might have on the man who killed her. This is because Caniglia and the police acknowledge implicitly through their actions a mutual understanding that Ci Ci’s murderer disposed of somebody considered socially worthless. This is what cisnormativity looks like.

Caniglia reported the story as, crudely put, a dead black man with a police record, wearing women’s clothing and impersonating a woman. His core message was “how pathetic.” Quite the deliverance.

After police and the Plain-Dealer found Ci Ci’s assigned-at-birth name (the dead name which she no longer used except when legally coerced), Caniglia didn’t interview people who knew her well, like friends, family, or peers. He didn’t investigate why she was found in a humiliating, semi-naked state which revealed unambiguously how she voiced herself as a woman, punished as a trans woman, attacked violently as a woman, and murdered as a woman.

In fact, there wasn’t any investigative reporting by the Plain-Dealer.

Instead, Caniglia, a white cis man, did to Ci Ci what cis journalists have done with murdered trans people for generations: he manufactured a cisnormative fiction to calm down an uneasiness which he, as a cis person, regards for people who are trans.

He’s not a special flower for behaving this way. His professional misconduct, under the watch of his desk editor, Chris Quinn, was compounded by a complicity which reduced a woman to an object — not owing her the respect of being the human subject she was in life.

In case any doubt lingers, Ci Ci Dove was a woman. No amount of legal paperwork or resistance by cisnormative institutions could paint over that. That’s why this conversation is happening in the first place.

Caniglia reported on a rap sheet provided by Cleveland police highlighting Ci Ci’s own struggles with systemic cisnormativity — things like being arrested for possessing oestrogen, for voicing herself as a woman, for using mace on a city bus against physical assailants who endangered her safety. She was audacious because she was a black trans woman, and this needlessly cost her her life.

Caniglia didn’t go online to find her digital footprint on Facebook, YouTube, or Twitter, for a photo which Ci Ci would probably have been OK with sharing. Instead, he dug up humiliating mug shots from the Cleveland police from her past arrests — arrests indexical to her poverty and placement as a deeply marginalized young woman with a trans body.

Caniglia’s story didn’t chase leads on the murder suspect or Ci Ci’s whereabouts on the day she was last seen alive. His story didn’t provide a police phone number for the public to report tips. Caniglia filed an open-and-shut case for what he treated as a disposable object. The salary he was paid by his employer to file the story helped to pay for his living expenses this week.

Caniglia described Ci Ci not as a woman, a trans woman, or even with feminine pronouns. He prescribed her as a man dressed in “odd” clothing. Caniglia expanded needlessly on what this “odd” meant with a passage which would never have appeared were the murdered body cis, white, or wearing clothes which showed that the victim voiced themselves as masculine. Caniglia detailed all the irrelevant elements of what it means to be a trans woman — the very banal elements which cis people time and again pay especial notice to.

(After some social media pressure, either Caniglia or his editors altered his story, revising Ci Ci as “sometimes self-identified as a transgender woman.” This was also not the case. Ci Ci’s recorded history and her digital footprint agree that she was a woman with a trans body. There is no room for debate about this history, either.)

Caniglia committed a journalistic malpractice, but he faces no jury of peers to explain his lack of professionalism. For Caniglia and the other reporters who abrogated their journalistic duty to report on a story of a murder victim’s life and to write a story which could help to find her killer, tomorrow will be another day to chase another story and have another lede with his byline on it.

Journalists like Caniglia are numbed from the human condition. They walk a slippery slope along a path to sociopathy.

Structural cisnormativity: how to make human subjects into banal objects

Caniglia was complicit in reducing Ci Ci’s life to a disposable and toxic thing. He wrote of her like she was a sludge — not a young mind with ideas, dreams, talents, and hopes for things to get better, despite the cisnormative barriers punishing her at every turn.

Contrary to the Dan Savage campaign, it doesn’t get better when you’re murdered as a trans woman.

Caniglia’s story reported on a name Ci Ci had all but legally abandoned. Were barriers to changing one’s legal identification in Ohio as a trans person not so punitive, much less impossible, then Ci Ci could have had this barrier out of the way a long time ago.

Ohio is a state in which a trans person’s birth certificate cannot be changed under any circumstance. Ohio is also a state where the procedure and cost for changing one’s name as a trans person are reasonably difficult for trans people living in poverty, as an attorney is needed for the probate court hearing on the name change.

Getting money for an attorney is pretty hard when having obsolete paperwork makes finding an over-the-table job prohibitive for even the well-educated and experienced. It’s nearly impossible when you have no more than a high school education, if even that. Add, of course, that overarching problem of applying for work while black which never goes away, presenting yet another systemic barrier.

No one. That’s why we are all responsible to eliminate the social conditions which keep the hard settings in place.

The banality of a dead trans woman of colour

Ci Ci was one woman of hundreds murdered violently every year for having a trans body of colour.

This entire discussion is a banal one, because how we treat the victims of systemic violence should be so much better than this. The attention which all women — cis, white, and heterosexual especially — should be paying toward this co-ordinated epidemic simply isn’t there.

That we see, over and over, murdered trans women of colour being forgotten by nearly everyone but socially aware trans people speaks to how devalued one’s life becomes with each intersectional barrier she is forced to endure in life (and burdened to obscurity in premature death).

At its core, though, to be forgotten (or far worse, to be remembered with a dead name and a narrative which isn’t valid at all) is a stirring fear which grips nearly every trans person I’ve ever known. We mortally fear being buried and memorialized (or denigrated) as something we never were. We fear that what we leave behind will be cisnormatively undermined, our work judged against our being trans — rather than our work being judged on its merits, full-stop. These are real fears which no cis person I’ve ever known has ever has to reckon.

Support from Cleveland city councillor Joe Cimperman, who is pushing the Ohio attorney general to investigate Ci Ci’s murder as a probable bias crime, is helping to restore her name in ways which should have happened when she was living.

But a root cause remedy means overhauling the way legal paperwork for trans people is managed in Ohio. This must change as a precondition to empower and respect trans people as valued citizens. Fixing such simple, but fundamental civil dysfunction can count a long way toward ennobling a civil society in which systemic violence is reduced, as are systemic barriers which wastefully impede a living trans person’s quality of life, potential for making a livelihood, and ability to enrich the world.

When the banal becomes the omnipresence of trans women of colour as leaders, spokespeople, mentors, innovators, teachers, mothers, and pioneers, then this discussion will no longer matter. I’ll also die a happy woman.

Ci Ci, I’m sorry we all let you down. We’ll try harder. We must.

Accozzaglia ▸ The Cisnormativity Project ▸ comment ▸ How to turn a living woman…
Article read time
About 7 minutes
Gatecrashing
You are not logged in.