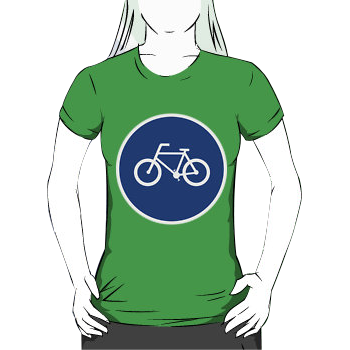 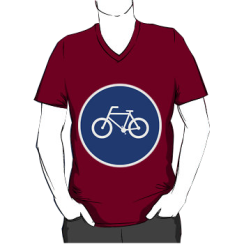 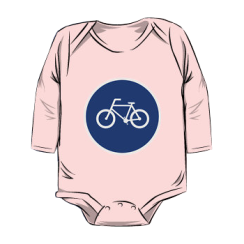 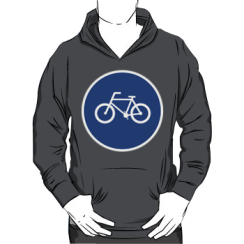 Variety of shirts and hoodies available in many colours. Sold through RedBubble.

This sign’s origins for use in Toronto are not entirely known, but it likely appeared in the Metropolitan Municipality of Toronto before amalgamation, possibly during the 1980s. Hallam Street is one such route. Hallam uses these signs, as well as painted “bike sharrow” street markings.

There aren’t any reviews. Would you like to add your own?

Be the first to review ““Bicycling Route”” Cancel reply