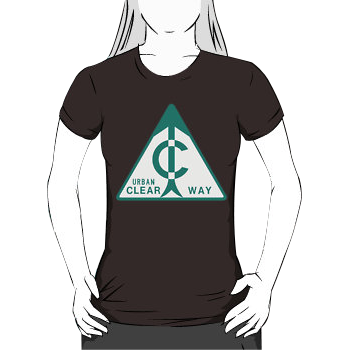 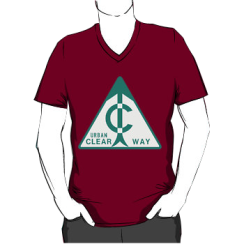 Variety of shirts and hoodies available in many colours. Sold through RedBubble.

A sign installed along the entire length of Bay Street (south of Bloor) before the former Metropolitan Municipality of Toronto was amalgamated into the City of Toronto.

This sign’s origins probably date to the late 1980s or early 1990s when Bay Street was prioritized as a bypass for a congested Yonge street. The installation may have followed the phasing out of trolley buses (electric powered from above like streetcars). The Urban Clear Way signs were superseded by more explanatory, standardized HOV lane signs situated over the outer lanes which encourage using active transportation during daytime hours.

Nearly all of the Urban Clear Way signs were taken down in mid 2013.

There aren’t any reviews. Would you like to add your own?

Be the first to review ““Urban Clear Way”” Cancel reply